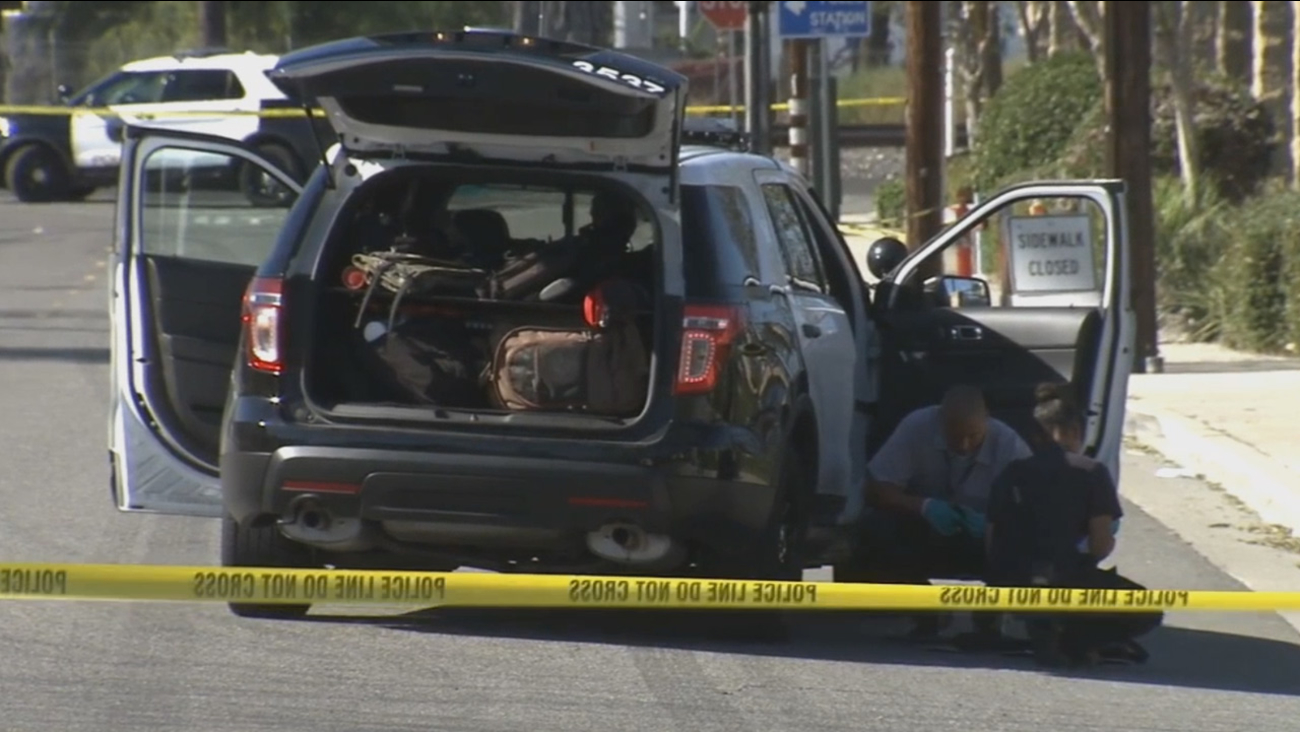 Police tape blocks off the scene of an officer-involved shooting near 14th Street and Howard Avenue in Riverside on Saturday, Oct. 31, 2015.