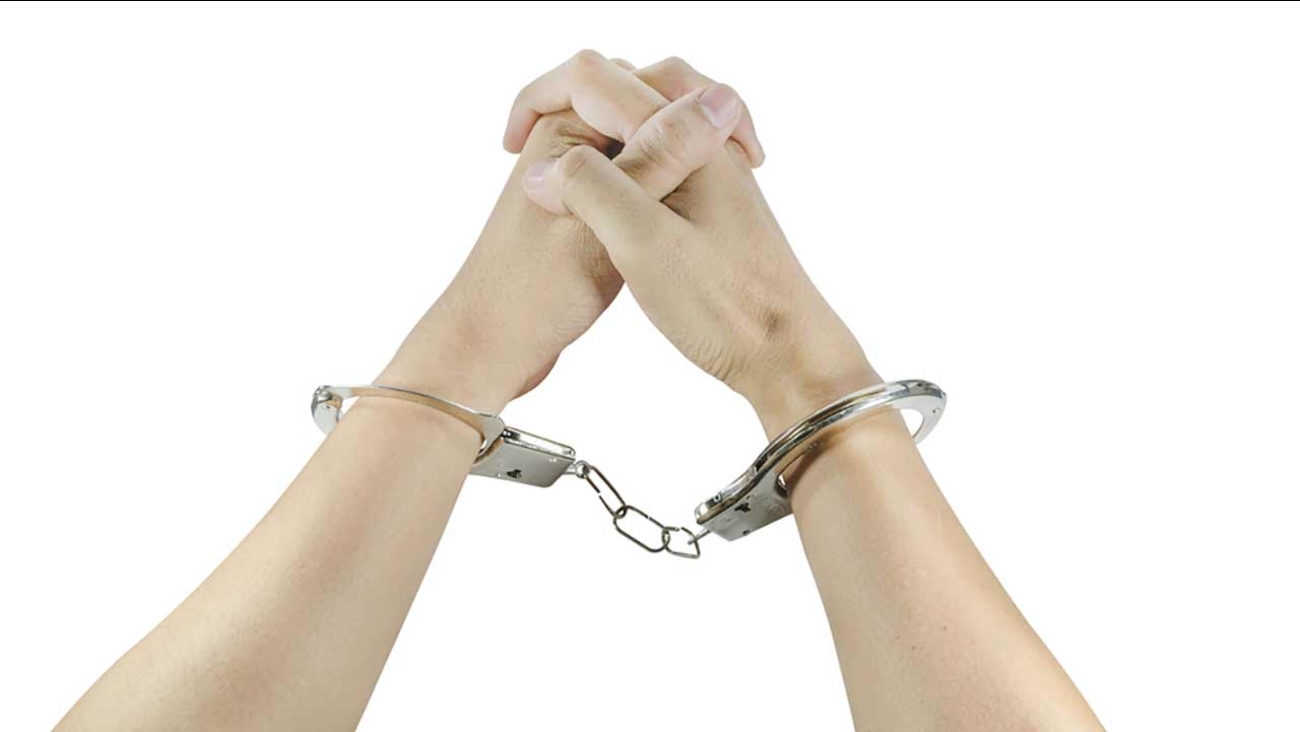 Handcuffs are seen in this file photo.

GRAND TERRACE, Calif. (KABC) -- A woman drove her car at a deputy after being caught having sex in the backseat, according to the San Bernardino County Sheriff's Department.

Deputies said they responded to the 22000 block of Newport Avenue in Grand Terrace at about 3:45 p.m. on Thursday after receiving a call that two people were having sex in a car.

When officials arrived at the scene, they said 23-year-old Cristi Caraveo of Bloomington and 24-year-old Emanuel Olivares of Grand Terrace were found in the car.

Deputies said they asked Caraveo and Olivares to put their clothes on and then handcuffed them.

The sheriff's department said Caraveo slipped her cuffed-hands from behind her back to her front and jumped in her car.

Caraveo then drove towards the deputy, who sustained a cut to his left hand that required several stitches, according to the sheriff's office.

Caraveo was later located at her home in Bloomington and taken into custody without incident.

She was charged with assault on a police officer with a weapon, escape, and indecent exposure.