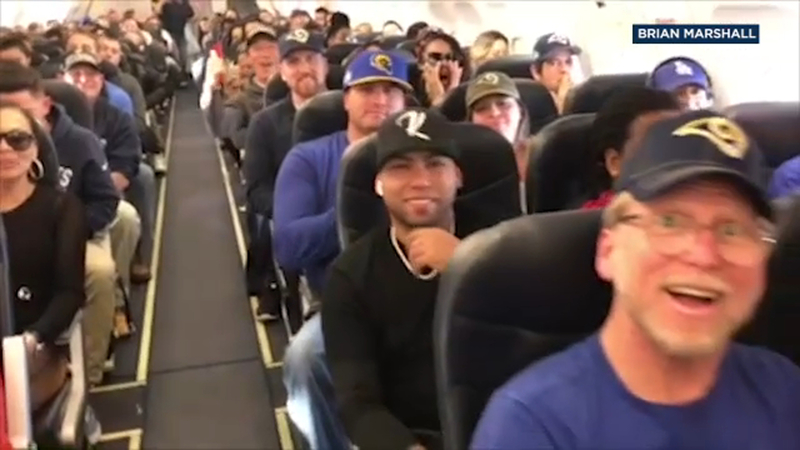 Cellphone video from a Spirit Airlines flight showed Rams fans excited and ready for the game as they chanted the team's popular trademark, "Whose house? Rams house!"

At an Atlanta airport late Friday, it was clear L.A. is in the house. Flight after flight was arriving with passengers rocking their Rams gear, hoping to will their team to victory.

Many fans said they've been waiting for this moment since the Rams were first in L.A. and said no price was too much for the experience to watch them play in the Super Bowl.