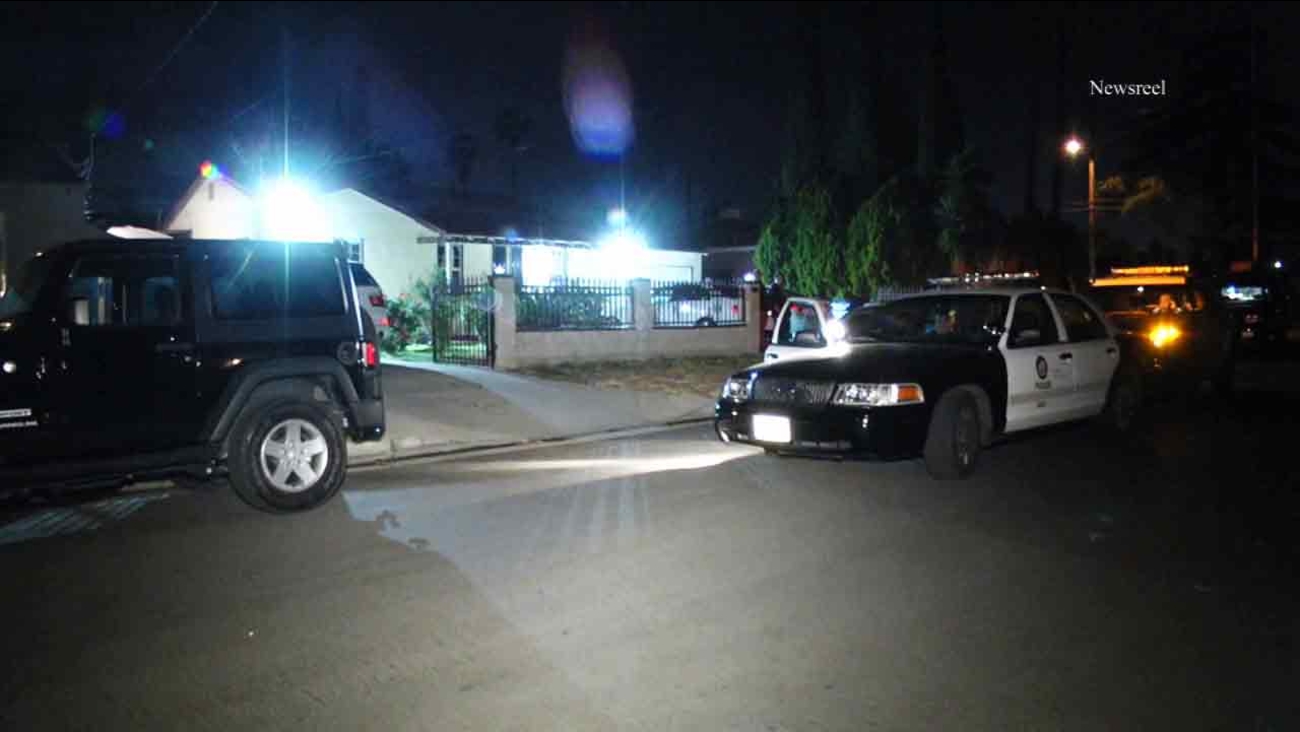 A police cruiser is shown parked outside of a residence involved in a home invasion robbery in North Hollywood on Thursday, April 16, 2015. (KABC)

NORTH HOLLYWOOD, LOS ANGELES (KABC) -- A search is underway for two home invasion suspects who terrorized a family in North Hollywood, even tying a man up with shoelaces.

The incident occurred in the 6600 block of Gentry Avenue shortly before 10:30 p.m. Thursday.

Police say the suspects forced their way into a home with a woman and her two children inside.

Her husband arrived in the middle of the home invasion. Police say he was tied up with shoelaces, and the family was threatened at gunpoint.

No one was injured, but the men got get away with an estimated $3,000 in cash, jewelry and electronics.

The suspects were described as African American men. They were last seen leaving the location in a dark colored sedan.