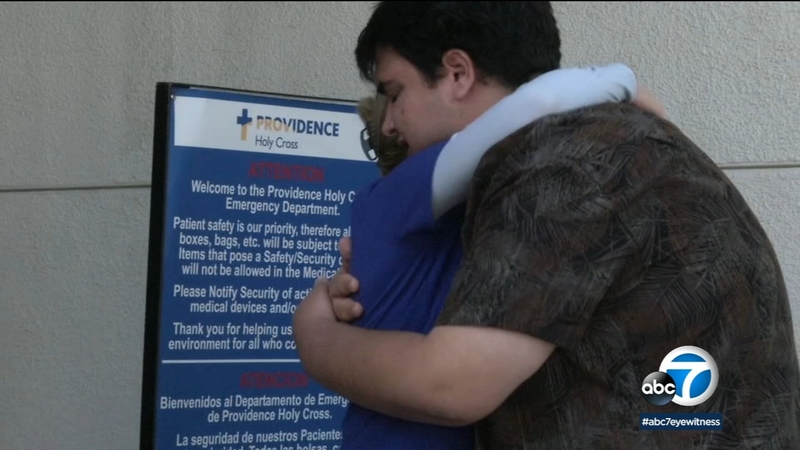 MISSION HILLS, LOS ANGELES (KABC) -- Twenty years ago, Ben Kadish was rushed to Providence Holy Cross Medical Center after he was shot by a gunman who opened fire on the North Valley Jewish Community Center in Granada Hills on Aug. 10, 1999.

Today, the now 25-year-old returned to the hospital and thanked some of the people who helped save his life. He also addressed the recent wave of mass shootings in the U.S.

"It's hard to process that it keeps happening," Kadish said.

Two decades after Ben's life was saved, his family is still trying to make sense of the violence that has followed.

"It's beyond comprehension. I don't understand why people hate other people," said Ben's mother, Eleanor Kadish.

Her son was the victim of an anti-Semitic attack by a self-proclaimed white supremacist who injured four others and took the life of 39-year-old Filipino-American postal worker, Joseph Ileto.

"My parents are Holocaust survivors and they experienced hate. And I never thought I would come to this country and relive what my parents experienced," she said.

On the anniversary of what could have been Ben's last day, the Kadish family continues to advocate for stricter gun laws, not only to prevent mass shootings, but all gun violence.