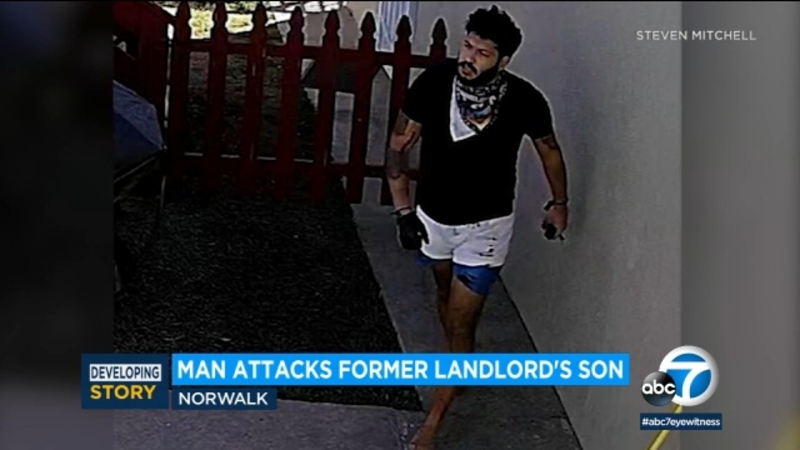 NORWALK, Calif. (KABC) -- A man is on the run after being accused of going on a rampage against his former landlord's stepson in Norwalk.

Authorities say 25-year old Javier Ortego was being evicted from the back house of a property on Bombardier Avenue. He allegedly broke into his landlord's main house and stabbed his stepson on Monday.

As the victim ran out of the house to get help, Ortego allegedly took his car keys, stole his car and tried to run him over, hitting him twice.

He fled in the car. The vehicle was later recovered but Ortego remains on the loose.