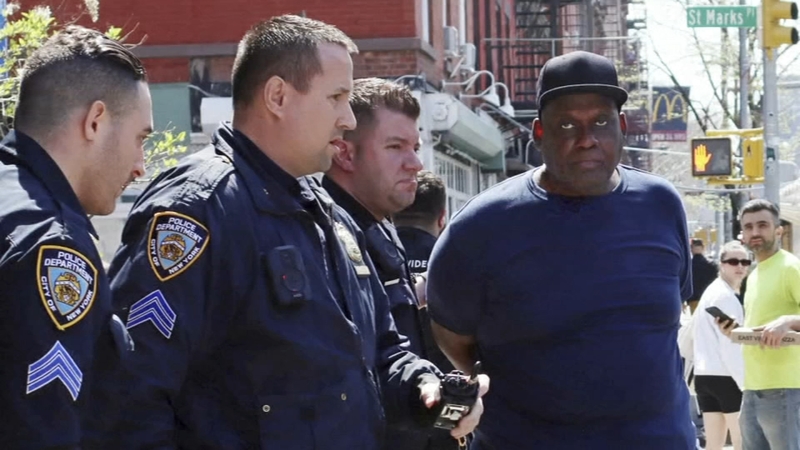 A man shot by the gunman on a Brooklyn subway train is speaking out, describing his harrowing ordeal. Lauren Glassberg has the story.

Frank James is being held at the federal lock-up in Brooklyn, New York. While he's been there for almost two weeks, now his attorneys say FBI agents took a swab of his DNA without informing them or inviting them to be present. They also claim that agents improperly questioned James during the jailhouse visit.

According to investigators, James boarded a crowded subway car at the end of rush hour on April 12 and fired at least 33 shots. Authorities say James detonated a smoke grenade just before opening fire.

Ten commuters were shot and nearly two dozen others hurt in the panic.

When 62-year-old James was arrested the next afternoon, the FBI and New York City police processed him as they do thousands of other criminal suspects. Facing a single federal terrorism count, James was ordered held without bond in Brooklyn Federal Detention Center.

On Tuesday, 13 days after being arrested, FBI agents came to James' cell without having notified his attorneys, according to a new court filing. The suspect's attorneys say agents "questioned him, took multiple buccal swabs of his DNA, and directed him to sign certain documents."

"There may have been a misstep here by the FBI maybe not following local practice that's alleged in this letter, but I don't see it as anything more than a hiccup. There's no constitutional right to have a lawyer present when a DNA swab is taken," said Gil Soffer, a former federal prosecutor and ABC 7 Legal Analyst.

In the court filing, attorneys said that it is "standard practice in (the) District that when the government obtains a search warrant for buccal swabs from a represented, post-arraignment defendant, the government informs counsel...before its execution."

"They do allege that he was questioned without the presence of his attorney. That could be a problem," Soffer told the I-Team. "Of course, it depends on the questioning was it was just logistical.. where are you located? Can you move here? Can you please present your cheek for a swap? That wouldn't be such an issue. If it was more meaningful, more substantive? It could be a problem."