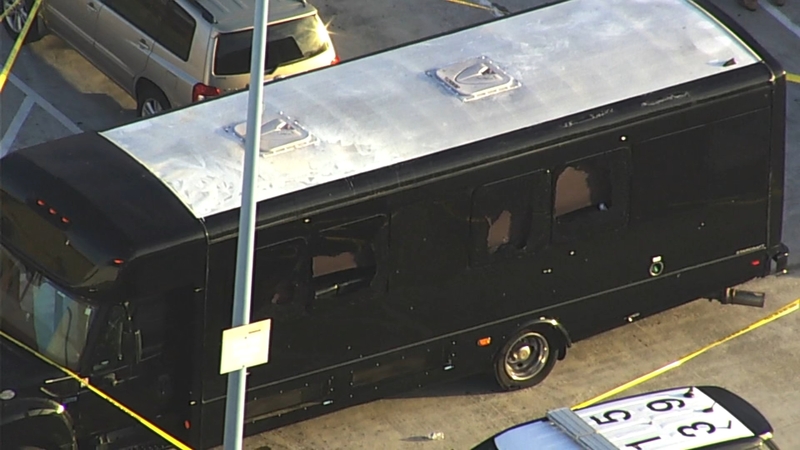 OAKLAND, Calif. -- Two women have died and multiple other women are hospitalized after a party bus shooting in Oakland, California, overnight.

A total of seven young women were shot, a source told our sister station in San Francisco, KGO-TV. One of the victims died on the bus and the other victim died at the hospital.

At least 70 shots were fired at the bus when it was ambushed twice overnight. The first shooting took place at 12:19 am on an off-ramp on eastbound Interstate 580 at Seminary Avenue. The second shooting happened shortly after near Foothill Boulevard at 68th Avenue.

The bus driver was reportedly able to drive to the Oakland Police Eastmont Substation after the shooting.

Authorities say the shooting was not random.