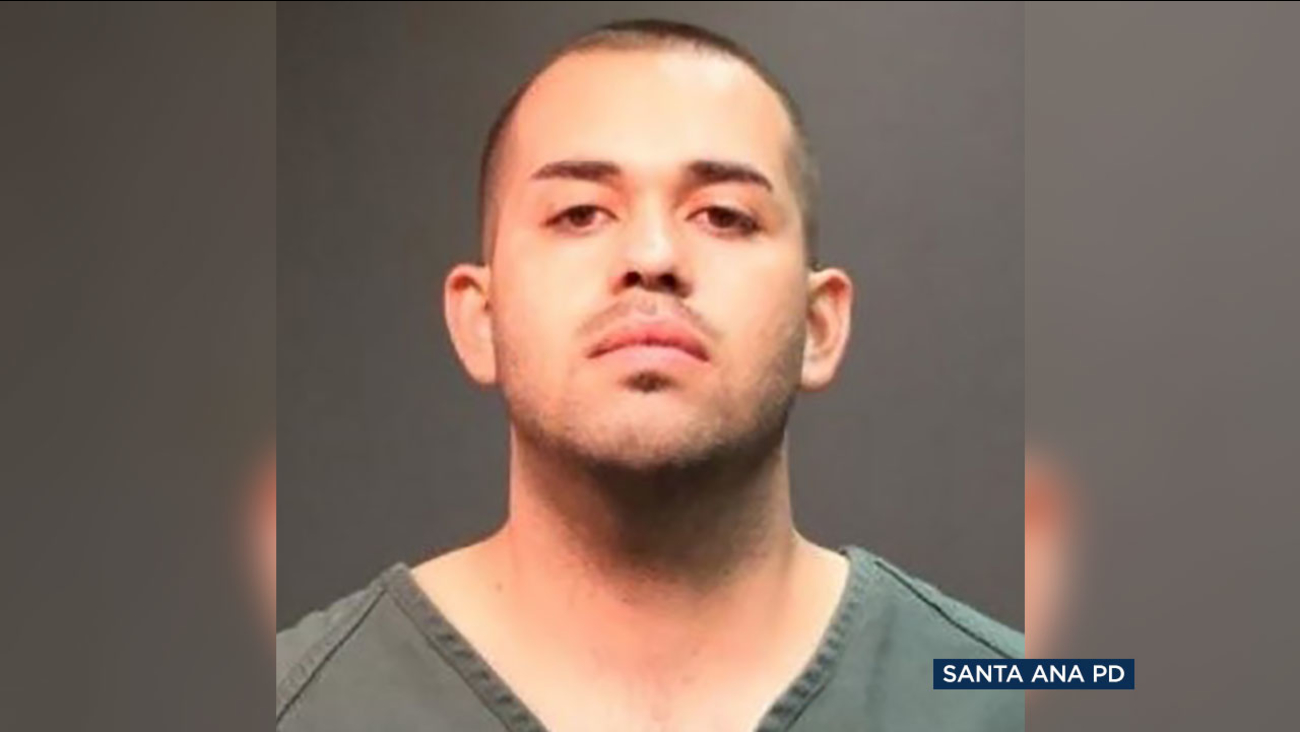 Jonathan Reyes has been arrested for allegedly beating his own infant son.

SANTA ANA, Calif. (KABC) -- A Santa Ana man who was out on bail for robbery has been arrested for child abuse after his 13-day-old son was found badly beaten and with meth in his system, officials say.

Police say an infant boy was brought to the emergency room of Children's Hospital Orange County on Aug. 19 with severe injuries, including a skull fracture, injuries to his face and body and internal injuries.

Detectives identified the boy's biological father, Jonathan Reyes, as the suspect. Reyes was out on bail for a March 2019 robbery, police say.

Investigators say Reyes admitted to using meth but denied abusing his own child, though incriminating statements led police to make the arrest.

Reyes was caring for his son while the boy's mother was asleep. When she woke up, she found her son had been badly beaten.

Reyes was arrested for child abuse, in addition to committing a crime while out on bail, and booked at the Orange County Jail.