Last year, 25,000 gallons of crude spilled into the ocean off Huntington Beach after an oil pipeline ruptured.

In addition to the fines and fees, the companies would also spend four years on probation and would be required to make a series of operational changes, including improved training, installation of a new leak-detection system and meeting notification requirements.

SANTA ANA, Calif. (CNS) -- The company that operates an underwater oil pipeline that ruptured last year, spilling 25,000 gallons of crude into the ocean off Huntington Beach -- forcing a closure of beaches and fisheries -- has agreed to pay nearly $13 million to resolve a federal criminal indictment over the spill, prosecutors announced Friday.

As part of the agreement, Amplify Energy Corp. and two of its subsidiaries will plead guilty to violating the federal Clean Water Act, according to the U.S. Attorney's Office. In conjunction with the plea, Amplify and subsidiaries Beta Operating Co. and San Pedro Bay Pipeline Co. will pay a $7.1 million fine and pay $5.8 million to reimburse various federal programs impacted by the October 2021 spill.

The companies are expected to formally enter a guilty plea at a later date in Santa Ana to a misdemeanor count of negligently discharging oil into San Pedro Bay. U.S. District Judge David O. Carter will have final say over whether to accept or reject the terms of the plea.

In addition to the fines and fees, the companies would also spend four years on probation and would be required to make a series of operational changes, including improved training, installation of a new leak-detection system and meeting notification requirements.

"The substantial financial penalties and compliance measures required by the plea agreements demonstrate the federal government's resolve to punish any entity that causes environmental damage,'' Acting U.S. Attorney Stephanie S. Christensen said in a statement. "This oil spill affected numerous people, businesses and organizations who use the Southern California coastal waters. The companies involved are now accepting their responsibility for criminal conduct and are required to make significant improvements that will help prevent future oil spills.''

In a statement, Amplify President/CEO Martyn Willsher said the company has ensured from the start that it was "working cooperatively with the various agencies investigating this incident.''

"We believe this resolution, which is subject to court review and approval, reflects the commitments we made immediately following the incident to impacted parties and is in the best interest of Amplify and its stakeholders,'' he said. "We are committed to safely operating in a way that ensures the protection of the environment and the surrounding communities.''

On Thursday, the company announced that it had reached a settlement of a lawsuit filed against it by fisheries, property owners and other businesses impacted by the spill. Terms of the settlement were not divulged, but Amplify insisted in a statement it will "resolve all civil claims'' against the company and its subsidiaries.

"We are pleased to have reached an agreement in principle regarding the civil litigation resulting from the Southern California Pipeline Incident last October,'' Willsher said in a statement Thursday. "Although we are unable to provide additional detail at this time, we negotiated in good faith and believe we have come to a reasonable and fair resolution. We will continue to vigorously pursue our substantial claims for damages against the ships that struck our pipeline, and the Marine Exchange of Southern California that failed to notify us of the anchor strikes.''

The settlement reached with businesses and property owners will be covered by Amplify's insurers, according to the company.

In July, Orange County accepted nearly $1 million to settle its portion of litigation over the oil spill, covering emergency response and cleanup efforts.

Amplify filed a lawsuit of its own in February against a pair of shipping companies that operated vessels believed to have struck and dragged the pipeline with their anchors.

The pipeline, which is used to carry crude oil from several offshore drilling platforms to a processing plant in Long Beach, began leaking the afternoon of Oct. 1, 2021, but the companies continued pumping oil through the

All told, about 25,000 gallons of oil seeped into the ocean from the ruptured 16-inch pipeline, which is submerged about 4.7 miles west of Huntington Beach.

The spill occurred in federal waters at the Elly oil-rig platform, which was built to process crude oil from two other platforms, which draw from a large reservoir called Beta Field. Elly is one of three platforms operated by Beta Operating Co., which is owned by Amplify Energy and also operates Ellen and Eureka nearby. Elly processes oil production from Ellen and Eureka and is fed by some 70 oil wells. The processing platform separates oil from water.

The leak forced the cancellation of the popular Huntington Beach Airshow, which was underway when the spill was detected. Beaches were closed up and down the Orange County coast as crews worked to contain the crude oil.

Federal investigators have said the pipeline appeared to have been damaged by a ship's anchor, likely belonging to one of dozens of cargo ships that were backlogged over a period of months outside the Los Angeles-Long Beach

More than a dozen companies doing business in the region sued Amplify Energy Corp. for damages resulting from the spill.

Fishing resumed in late November along the Orange County coast, following a two-month shutdown of fisheries due to the spill. The fishing ban encircled 650 square miles of marine waters and about 45 miles of shoreline, including all bays and harbors from Seal Beach to San Onofre State Beach, officials said. 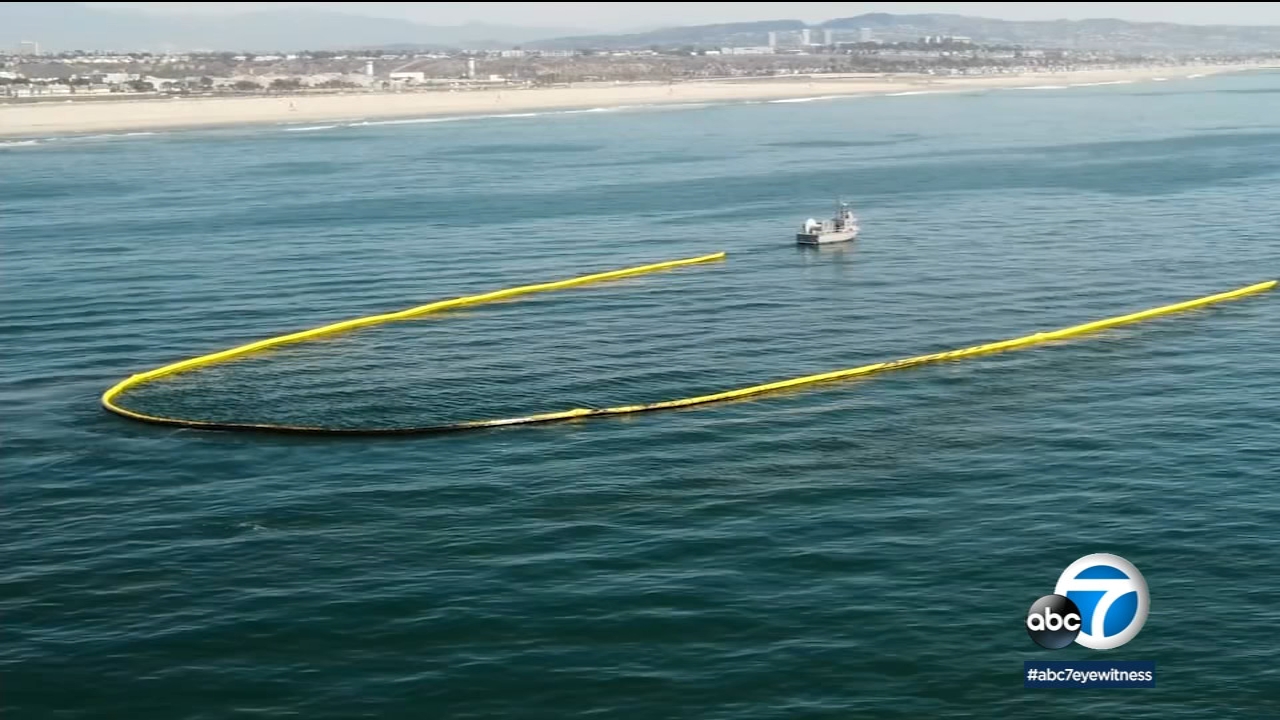 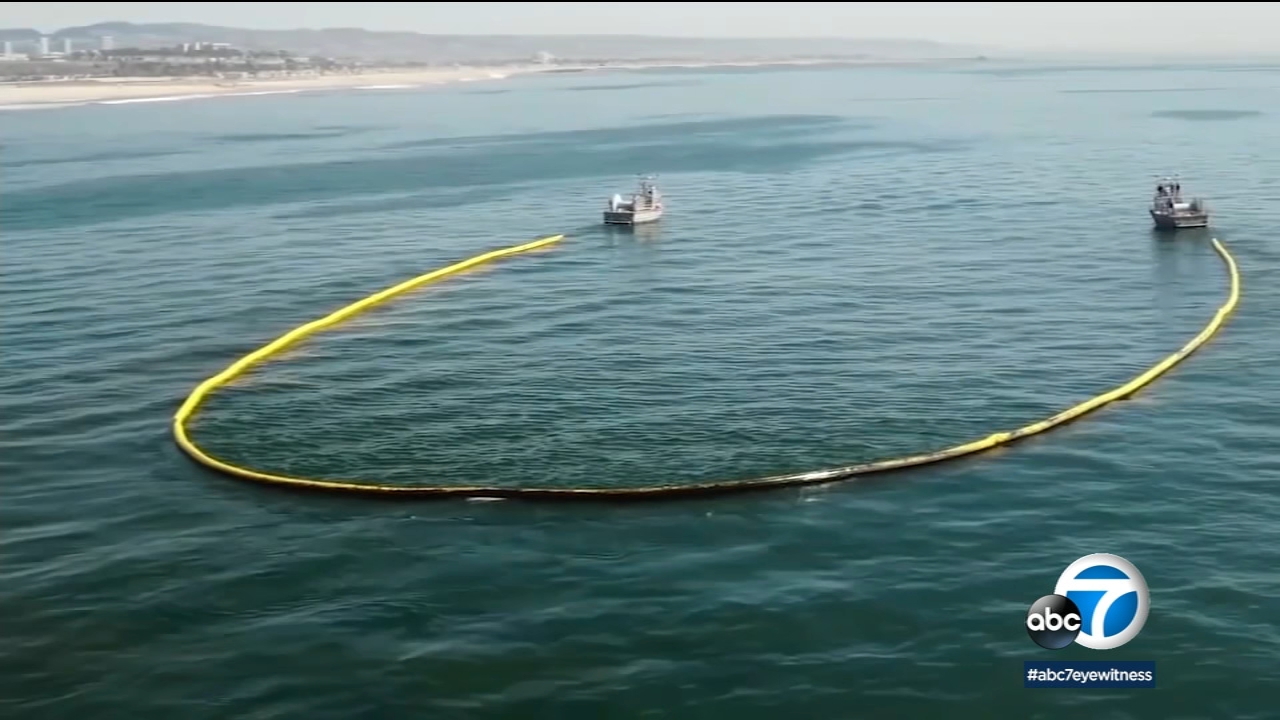 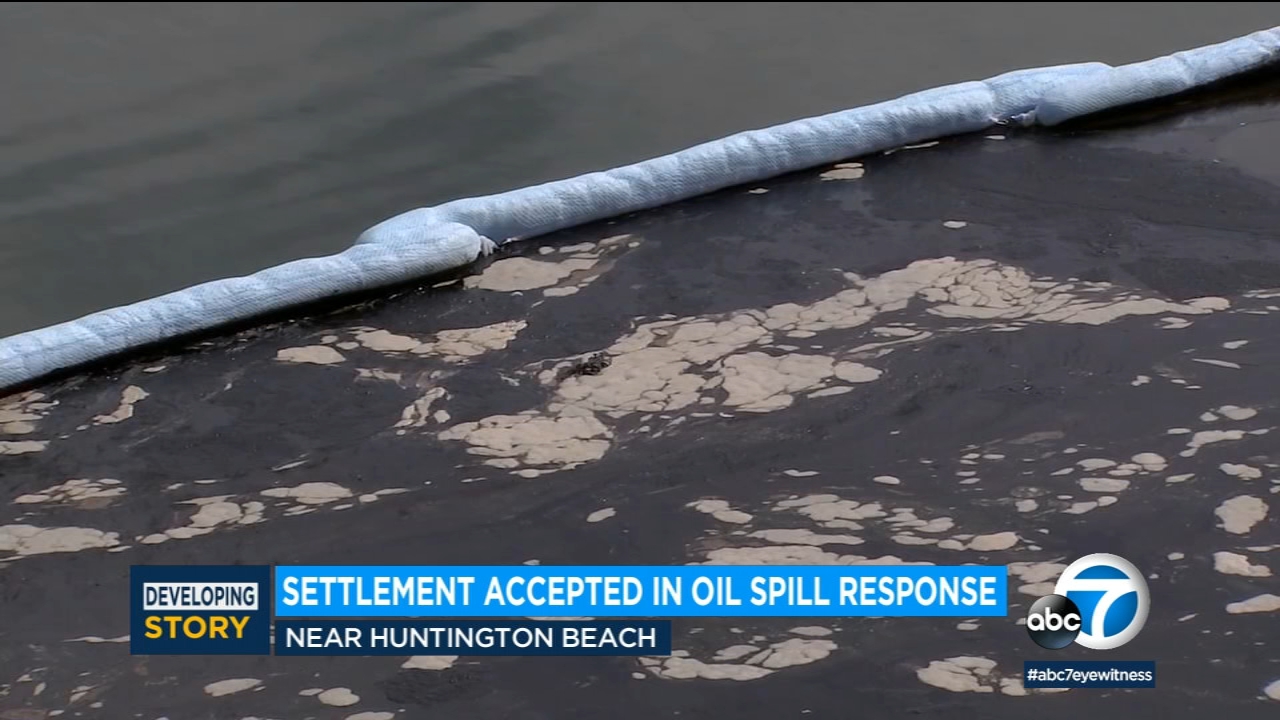 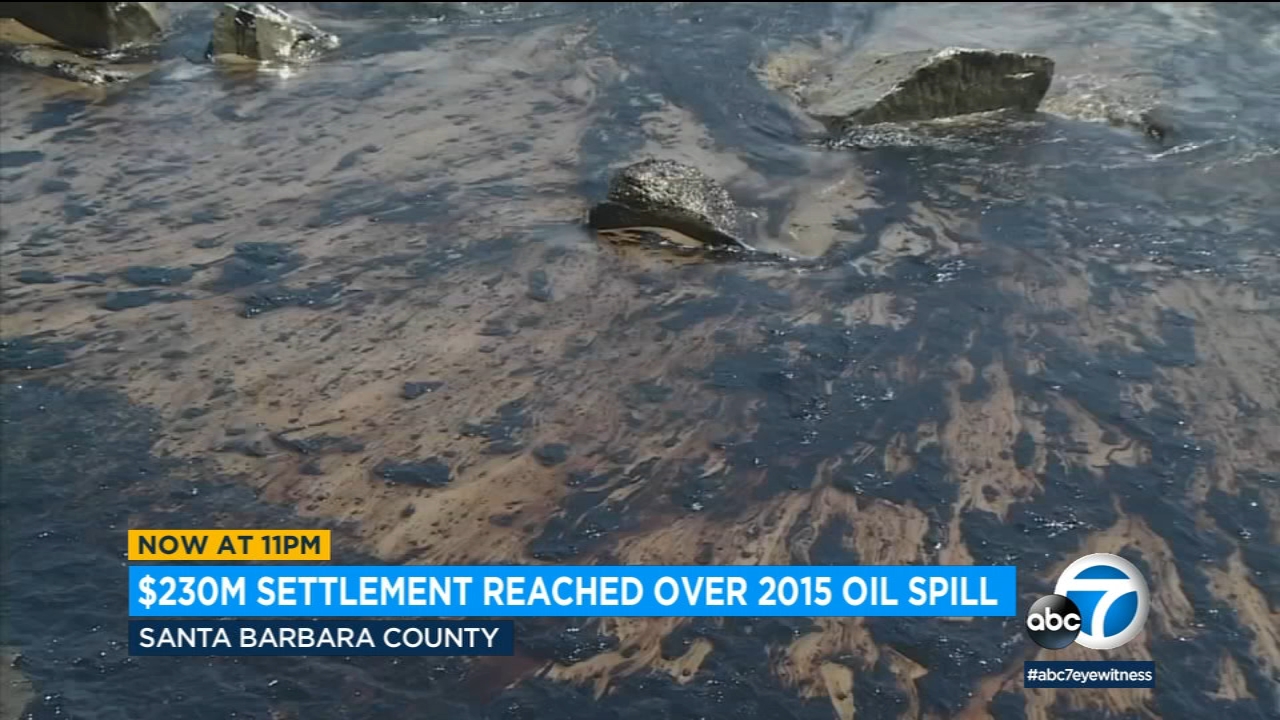