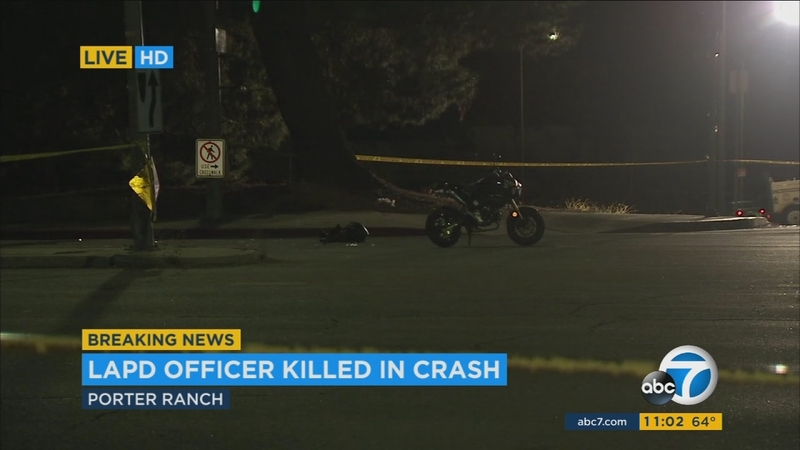 The collision was reported at 6:49 p.m. on Tampa Avenue near Chatsworth Street.

The driver of the car that collided with the motorcycle remained at the scene and cooperated with police.

Investigators said it appears the motorcycle was heading southbound as the car was making a U-turn at the intersection. The motorcycle slammed into the back of the car.

The motorcyclist was transported to a nearby hospital and pronounced dead there.

"At this point, it appears to be a tragic accident," said LAPD spokesman Josh Rubenstein.

Police said there were witnesses to the crash, but they asked anyone who may have seen it to contact the LAPD.