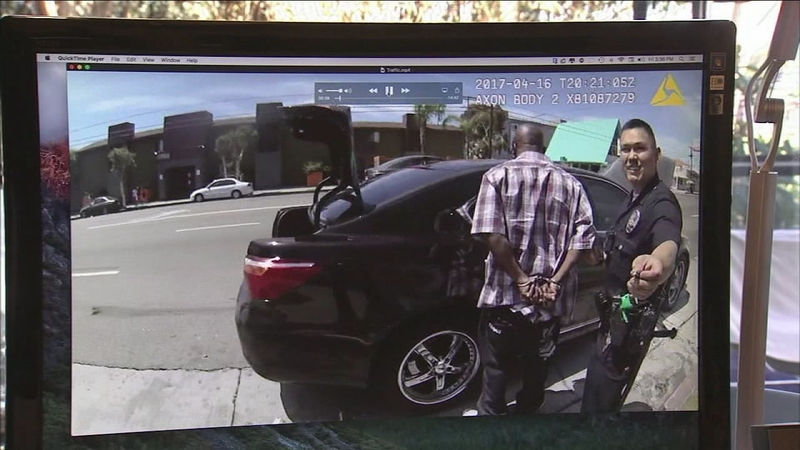 LOS ANGELES (KABC) -- An internal investigation has been launched by the Los Angeles Police Department after an attorney released body camera footage he said shows an officer planting cocaine in a client's wallet.

Body cam video shows LAPD officers detaining 52-year-old Ronald Shields after a hit-and-run in North Hollywood. Shields' attorney claims it also shows one of the officers planting what turned out to be cocaine in his client's wallet.

"Showing it to his partner, Officer Lee, he then motions that he's going to put the drugs in my client's wallet and does so all on video," said attorney Steve Levine.

Shields believes when the officer turned on his body cam, it automatically saved the previous 30 seconds -- that's when, he alleges, the evidence was planted.

The LAPD released a statement saying, "The LAPD takes all allegations of misconduct seriously and, as in all cases, will conduct a thorough investigation to determine whether the alleged actions are supported by reliable evidence."