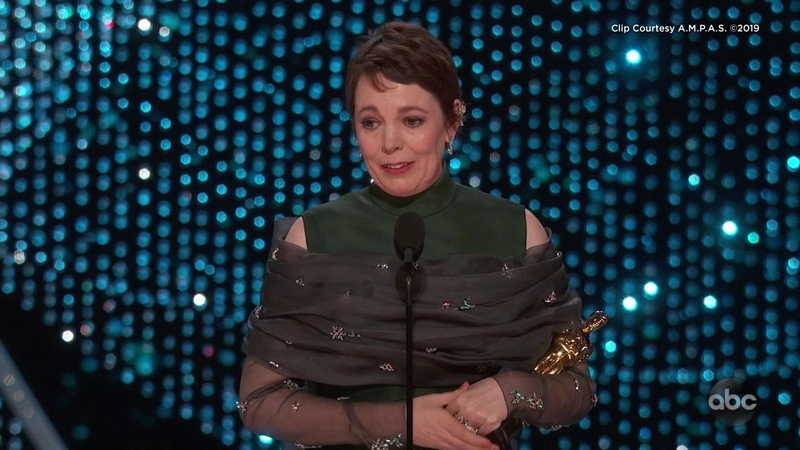 LOS ANGELES -- Olivia Colman is the winner of the best actress Academy Award for "The Favourite."

It's the first Oscar in her first nomination for Colman, who plays Queen Anne. She has won four British Academy of Film and Television Arts Awards and two Golden Globes throughout her career.

She beat out Glenn Close, who was considered the front-runner going into Sunday's Oscars. Colman gave a special shout-out to Close, who she said she has admired all her life.

She thanked "The Favourite" director Yorgos Lanthimos, as well as her co-stars Emma Stone and Rachel Weisz.

Colman also thanked her children, who she said she hoped were watching at home. She says, "This is not going to happen again."

"It's genuinely quite stressful. This is hilarious. I got an Oscar. If I forget anybody I will find you later," she said. "Emma and Rachel, the two loveliest women in the world to fall in love with and to go to work with everyday. I mean, you can imagine it wasn't a hardship and to be in this category with these extraordinary women. Glenn Close, you've been my idol for so long and this is not how I wanted to be, and I think you are amazing and I love you very much."