Since 2019, the task force has arrested more than 567 people on new crimes including 10 for attempted murder.
KABC
By David González 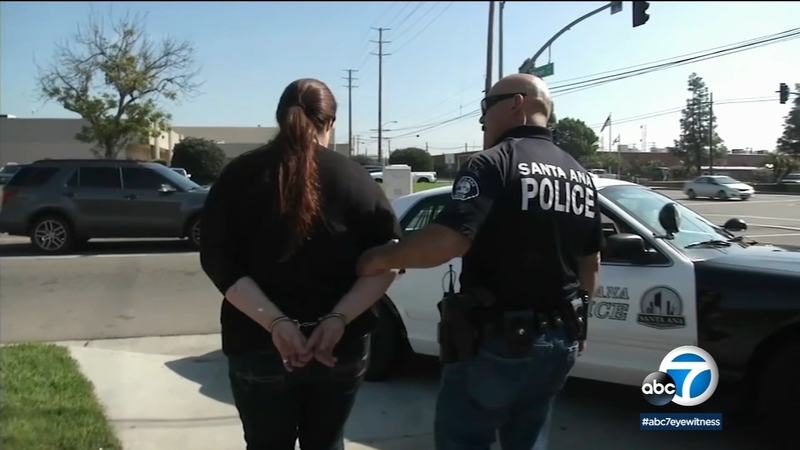 District Attorney Todd Spitzer said weapons and illegal drugs have also been seized since the task force was formed three years ago.

AB 109, the California Public Safety Realignment Act of 2011, allows for current non-violent, non-serious, and non-sex offenders to be supervised at the local county level.

These crimes include burglary, forgery, corporal injury on a child, and aggravated evading a police officer.

"What it did instead is it allowed people with very extensive criminal histories, instead of going to state prison and be supervised by parole, they got to do their time in a local county jail, and basically get early release," Spitzer said.

Since 2019, he said the task force has arrested more than 567 so-called "AB 109ers" on new crimes including 10 for attempted murder.

It includes members of the Durango Burglary ring, who Spitzer said is responsible for stealing nearly $2 million in designer watches, purses, jewelry and guns from homes.

"These five criminals were all working together," said Spitzer. "They were on parole for residential burglary already. They had a whole history and a very long history of theft related offenses. They were going all over Southern California and breaking into people's homes.

One of them is a three-striker, so he's looking at 25 to life, and a lot of them are looking at over 100 years. Most of them will die in prison."

Outside of AB 109 cases, he said the task force also tracked down and arrested 18-year-old Ike Souzer, who had allegedly escaped a halfway house in April.

Souzer had been convicted of killing his mother when he was 13 and most recently convicted of attacking correctional officers.

In addition, he said AB 109 is flawed because it does not look at someone's entire criminal past.

"This idea that the last offense is the only one that is used to analyze whether you should go to state prison or county jail is ridiculous," said Spitzer.

Spitzer said some of these cases have been referred to the United States Attorney's office to allow federal prosecutors to seek the toughest sentences possible for some of these repeat offenders.