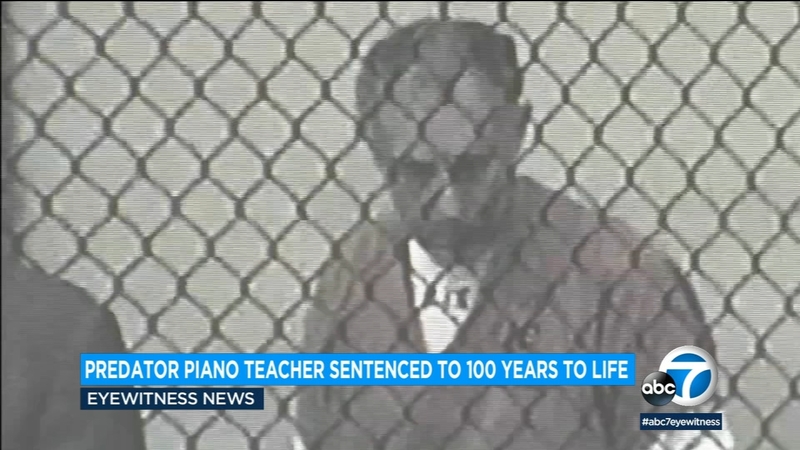 SANTA ANA, Calif. (CNS) -- An Orange County piano instructor was sentenced Friday to 100 years to life in prison for molesting eight girls over the course of 18 years.

John Mordecai Scott, 65, was initially accused of molesting 11 girls, but one did not wish to participate in the non-jury bench trial before Orange County Superior Court Judge Steve Bromberg, and charges related to another alleged victim were dismissed before the verdict.

Another alleged victim for whom Scott was not charged testified as a witness in the trial. Scott was convicted in March on 26 sex-related counts.

He molested girls ranging in age from 7 to 15 while teaching piano at studios in Rancho Santa Margarita and Mission Viejo, as well as at his Lake Forest home.

The first crime occurred in 1996 with a girl who was groped during one lesson, and was told another time to lie down on a piano bench while he lifted the waistband of her panties, Deputy District Attorney Kristin Bracic said in her opening statement of the trial.

Another girl, who was 11 when she took lessons from Scott in his home, saw that he would leave pornographic magazines lying around the house, Bracic said.

Scott sexually assaulted that victim, claiming at the time he was a "doctor" examining her to see if she was developing normally, Bracic said. Scott, who also had a room in his home for photography, also took semi-nude photos of the girl, Bracic said.

Another victim was 15 when she "took racy photos with the defendant," Bracic said.

"The trauma these young girls were forced to endure by someone they should have been able to trust is unforgivable," Orange County District Attorney Todd Spitzer said in a statement. "Pedophiles will not stop victimizing innocent children until they are removed from society. No child and no parent should have to suffer what these victims have suffered."

An Orange County piano instructor was convicted of molesting eight girls -- with a ninth testifying as a witness in his trial -- over 18 years.

Scott's attorney, Ed Munoz, told the judge during trial that his client "trained and instructed hundreds of people" over the years, including some students in their 80s and some as young as 5.

Munoz said his client "is rather an ordinary man" in many respects who has a "profound passion for music, and he was actually pretty good at it."

Scott was able to earn a living as a musician, but then a viral infection caused deafness in his left ear, ending his career, Munoz said. His wife encouraged him to take up photography, which he did, and he started offering piano lessons to make ends meet, the attorney said.

"He tried to meld (music and photography) together," Munoz said.

Scott is a "very demonstrative" and "needy person," who "likes to embrace and touch people -- even the parents" of his students, Munoz said.

Scott would even provide photography for some of the parents for their businesses, Munoz said.