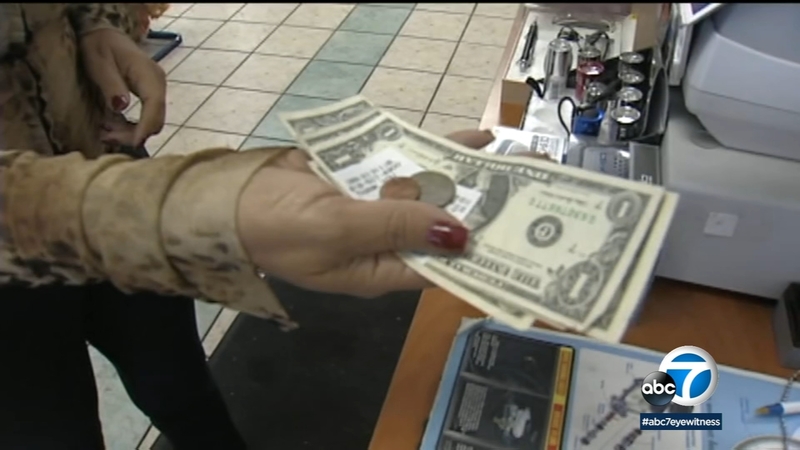 SANTA ANA, Calif. (KABC) -- Starting April 1, the city of Santa Ana will have the highest sales tax in Orange County, and many in the area still have no idea what's coming.

Though the price tags on sales items throughout Orange County may not change, some people will find themselves digging further into their pockets at the register all thanks to voter-approved measures last November.

Starting Monday, Garden Grove, Placentia and Seal Beach will see a 1-percent sales tax increase for a total of 8.75 percent, while Santa Ana will see a 1 1/2-percent increase, bringing its sales tax to 9.25 percent -- the highest in O.C.

Idalia Rios, who has lived in Santa Ana for a decade, said many people living there are "extremely low income" and didn't know the hike was coming.

A couple friends walking by in her neighborhood Friday morning confirmed they had no idea. Mother of three Veronica Juarez said that's likely because many living there are undocumented and couldn't vote.

Community organizers partnering up with Santa Ana Building Healthy Communities (SABHC) like Isuri Ramos, said everyone has the right to decide how their tax dollars are spent.

"Because Santa Ana residents are paying taxpayer money that goes into this general fund, we believe that they should have a say over how this money is spent," Ramos said.

Juarez had a few ideas. The 20-year Santa Ana resident saw a need for youth and after school programs.

These mothers, friends, neighbors and community advocates agreed: they would have to reevaluate their already tight budgets to make ends meet.

SABHC and its partners invited the public to voice its concerns on this survey and wanted to let everyone here know even if they can't vote, their money and voices count.

"We know that residents are very smart, residents know how this money should be spent, so we want to make sure that the city provides them with a voice and then acts on their requests," Ramos said.