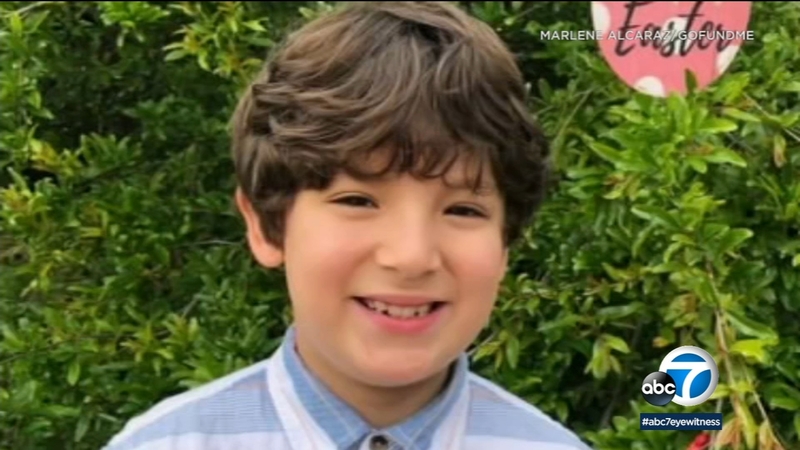 ORANGE, Calif. (KABC) -- Family members and authorities have identified the victims killed and a woman wounded in the mass shooting at a business park in Orange.

Family on Thursday identified the victims as Luis Tovar, his daughter Genevieve Raygoza, Leticia Solis and 9-year-old Matthew Farias, who was found cradled in the arms of a woman believed to be his mother.

The 9-year-old boy's mother, Ismeralda Tamayo, is believed to be the lone survivor of the shooting. She remains in the hospital in critical condition.

The Orange Police Department on Friday officially released three of those names. Raygoza was 28 years old and Tovar was 50.

The fourth victim was identified by police as 58-year-old Leticia Solis Guzman. Her family told Eyewitness News they are devastated by her killing and request privacy.

In a statement, the Santa Ana Unified School District said the community was "heartbroken" to hear the news of Farias, who was a third grade student at Hoover Elementary School.

The suspect was identified as Aminadab Gaxiola Gonzalez of Fullerton. Gonzalez remained hospitalized in stable but critical condition on Thursday. It was unclear whether he suffered a self-inflicted wound or was shot by police.

Authorities say the suspect knew all the victims either through a business or personal relationship.

Police said that apparently before opening fire, the suspect chained shut the gates to two entrances, delaying police from getting inside.

Police recovered a semi-automatic gun and a backpack with pepper spray, handcuffs and ammunition.