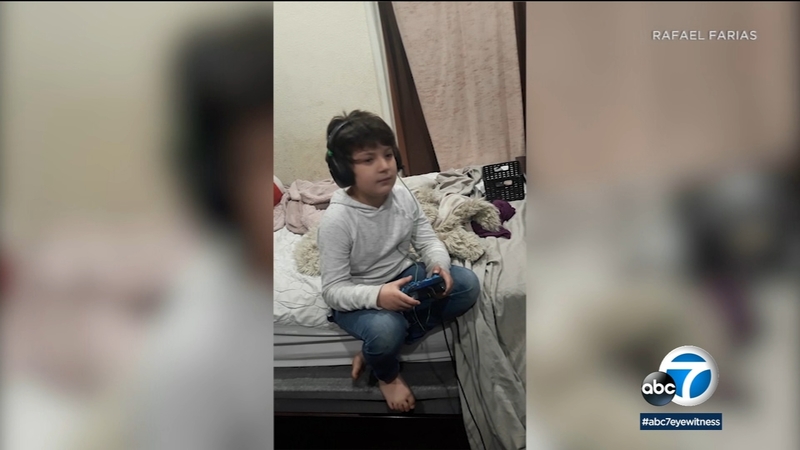 ORANGE, Calif. (KABC) -- The father of the 9-year-old boy killed in the mass shooting in Orange is remembering his son as a loving child with big dreams.

Rafael Farias says his only child Matthew had aspirations of being an astronaut or a police officer. Matthew, a third-grade student at Hoover Elementary in Santa Ana, wanted to help people, enjoy nature and be happy.

An emotional Farias says Matthew had a big heart and was very affectionate.

The 9-year-old boy is one of four victims investigators with the Orange Police Department say was shot to death Wednesday at Unified Homes, the real estate office where Matthew's mom worked.

Blanca Ismeralda Tamayo, the boy's mother, is the only surviving victim of the horrific nightmare. Authorities say she is in critical, but stable condition.

Rafael Farias is waiting to hear an update on the mother of his son.

"It's a horrible nightmare, you know, and I keep thinking I'll wake up," said Paul Tovar, the brother of Luis.

One of Luis' employees, 58-year-old Leticia Solis Guzman, was the fourth victim who lost her life. According to her co-workers, she leaves behind four children.

Investigators say 44-year-old Aminadab Gaxiola Gonzalez arrived in a rental car and locked the gates to the courtyard of the business complex with bike cable locks before opening fire.