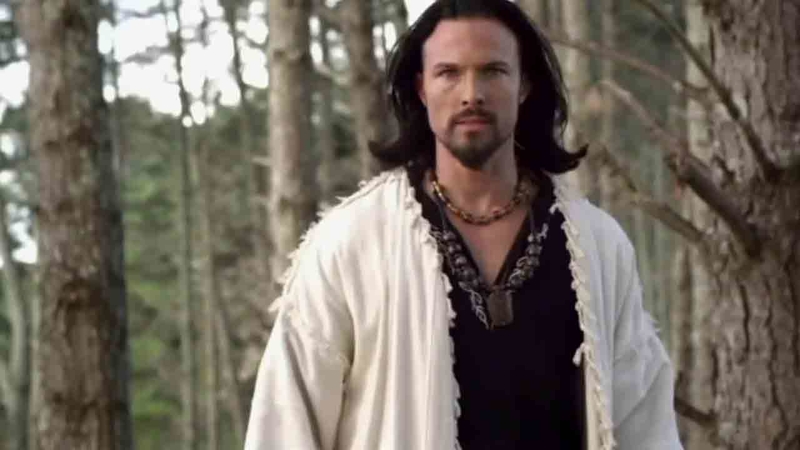 PALMDALE, Calif. (KABC) -- Ricardo Medina Jr.'s skills as a swordsman were on full display in the TV series "Power Rangers Samurai." But in a tragic case of life imitating art, Los Angeles County sheriff's deputies say Medina was wielding a sword when he fatally stabbed his roommate Saturday.

Friends say the actor fatally stabbed his roommate in self-defense.

"It absolutely was self-defense," said Frank Sheftel, who has been friends with Medina for more than 10 years. "It's definitely somebody that was coming after him and he did what he had to do."

Sheftel and several other friends visited with Medina Monday. The 36-year-old actor is being held at the Palmdale Sheriff's Station in lieu of $1 million bail.

Rachel Kennedy, Sutter's sister, says her brother and Medina worked and lived at her puppy rescue facility in Green Valley near Santa Clarita.

"I love him, you know. He's a good, soft, kind guy. I miss him and I'm sorry it had to happen so tragically," Kennedy said. "I thought yeah it seemed as though everything was OK. I mean, they didn't love each other, but I didn't think that they were ever fighting."

She says she was friends with Medina and introduced the two. She never thought that her brother was in harm's way.

Investigators say the two men argued on Saturday afternoon at their home in the 38000 block of San Francisquito Canyon Road.

Medina told detectives that he had retreated to his bedroom with his girlfriend, but that Sutter barged in. Medina allegedly grabbed a sword that he kept by his bed and stabbed Sutter in the stomach. He then called 911 and waited for help. Sutter was taken to a hospital, where he later died.

"I could see Josh maybe trying to talk to him and Rick not wanting him in his space, cause that's where he spent most of his time, in his bedroom, and maybe Josh entered his space and he didn't like that very much," Kennedy said.

Meanwhile, Medina's friends are starting a Kickstarter campaign to help pay for the actor's legal fees.

"He's a public figure. He's never been in trouble. He's a super nice guy, works with pets. He's a sweetheart," Sheftel said. "We want him out. He doesn't belong there. He was protecting himself and his girlfriend."