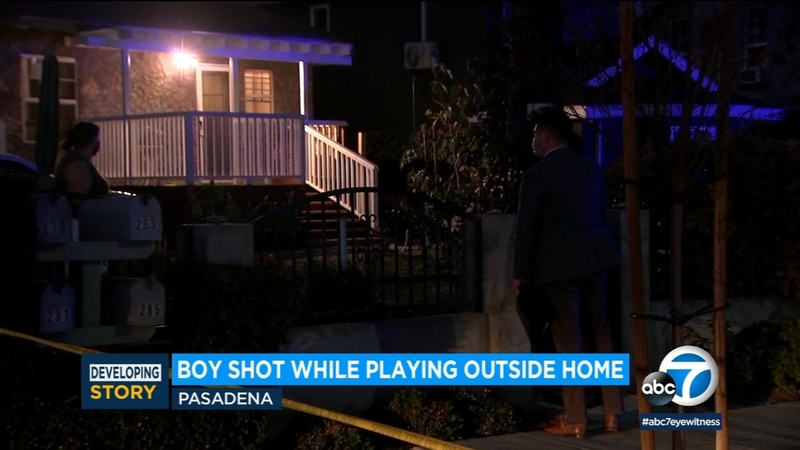 PASADENA, Calif. (KABC) -- A 10-year-old boy who was playing in front of his Pasadena home was seriously wounded in a shooting where he was not the intended target, police say.

The shooting happened around 3 p.m. Sunday near Garfield Avenue and Parke Street, just a block from the Villa Park Community Center.

A suspect exited a vehicle and fired shots toward the area where the child was playing, Pasadena police said.

The boy was hit by gunfire more than once and sustained life-threatening injuries, authorities say.

One witness said she heard as many as 20 shots.

Authorities believe two to three people were in the getaway car, described as a light-colored sedan. Investigators are working to determine a description of the suspects, all of which remain outstanding.

The boy was described as alert and conscious when he was transported to a local hospital in serious but stable condition.

It was not immediately clear who was the intended target of the shooting.

A woman whose brother was shot and killed on the same block last fall spoke to Eyewitness News.

"It's hard, and opens our wounds...We as a community, we need to come together and help each other to stop this violence," she said.