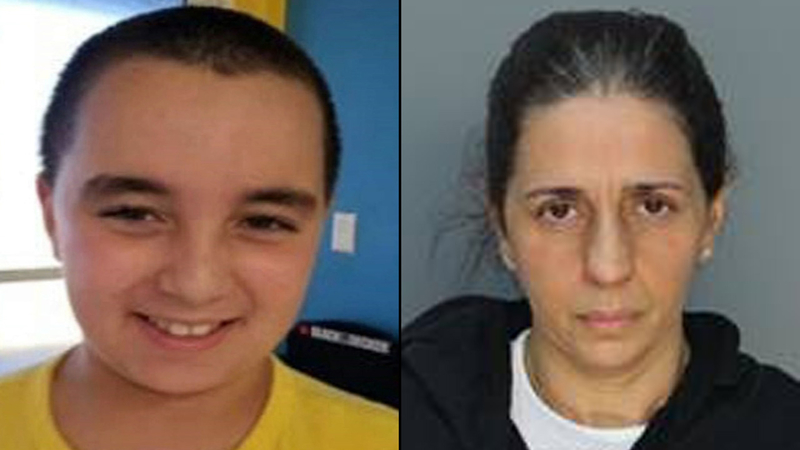 MIAMI -- A Florida mother was arrested Saturday in connection to the murder of her 9-year-old son, days after telling police the boy was forcibly abducted from her car.

Patricia Ripley, 47, was charged with premeditated murder in the death of her son Alejandro, who had autism and was non-verbal.

The boy's body was reportedly pulled from a Miami canal Friday hours after an Amber Alert was issued.

Patricia Ripley told police Alejandro was abducted by two men who "ambushed" her during a late-night drive south of Miami Thursday. She told investigators the driver tried to side-swipe her car, forcing her to veer onto another road. The car then blocked her vehicle and a passenger got out and demanded drugs from her, police said.

According to police, Ripley told the man she didn't have any drugs. At that point he took her son and her cellphone.

WFOR-TV reported that Alejandro's loved ones and neighbors cried and grieved over the boy's death. Antoinette Uribe, whose son attended therapy with Alejandro, said the 9-year-old stood out for his happiness.

"Every time I saw Alejandro, he was like the happiest kid ever. Never a frown. He was always smiling," she said.