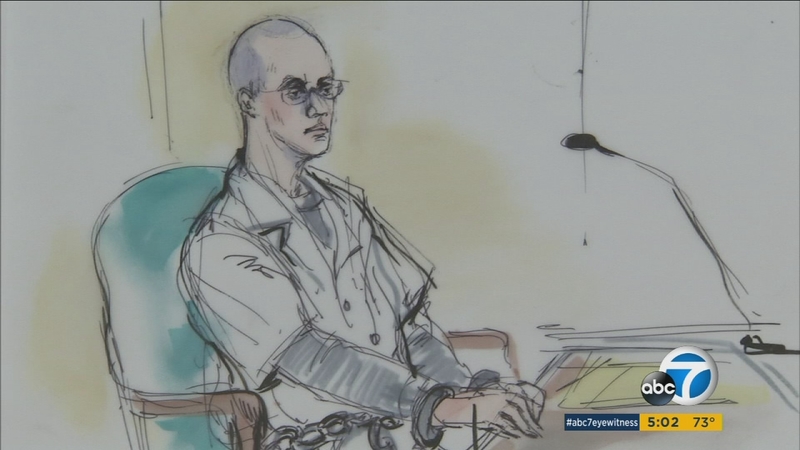 DOWNTOWN LOS ANGELES (KABC) -- A gunman who opened fire at the Los Angeles International Airport, killing a TSA officer and injuring others, accepted a plea deal Tuesday morning that would spare him the death penalty.

Paul Ciancia, 26, took the plea deal that would send him to prison for life.

Authorities said Ciancia opened fire with a semiautomatic rifle inside Terminal 3 on Nov. 1, 2013 at LAX.

"A second before I could say, 'Oh my God,' a split-second later I felt boom, boom in the back, in the left upper arm and I was thrown forward from the blast," 57-year-old TSA Officer James Speer said on Tuesday.

Speer was shot by Ciancia and survived the onslaught. His fellow TSA Officer Gerardo Hernandez did not survive the attack. Two others were also injured.

"This was an absolutely senseless and horrific attack," U.S. District Attorney Eileen Decker said. "TSA Officer Hernandez was murdered because he was a TSA officer."

The family of Hernandez and all three of the surviving victims were in court as Ciancia accepted the plea deal.

"This is helping me get closure, me and my family. We're going to move forward. The best decision was made today," TSA Officer Tony Grigsby, who was also injured during the shooting, said.

"I felt numb, I didn't know how to react. I didn't know either to get up and run away or sit there. I had a lot of mixed emotions," Grigsby said.

"You know seeing somebody who wanted to shoot you and Tony and who took out Gerardo, it was just surreal," Speer said.

Both victims told Eyewitness News they were satisfied with the plea deal, but were not ready for forgiveness.

"He caused a lot of pain to a lot of people," Grigsby said. "I'm never going to get back my friend."

"I can't forgive Ciancia, I still have shrapnel in me," Speer said.