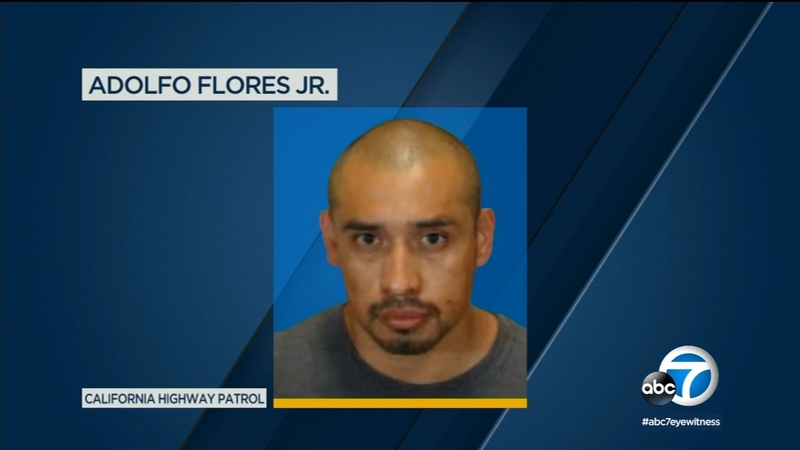 SOUTH LOS ANGELES (KABC) -- Authorities are searching for a person-of-interest in a hit-and-run that killed two people in a crosswalk in South Los Angeles Tuesday.

The California Highway Patrol released a photo of Adolfo Flores Jr. They said a 1990 Mercedes hit the two men.

The incident occurred just before 8:30 p.m. near the intersection of West 95th Street and Normandie Avenue.

The victims have been identified as Felipe Parra, 47, and Danny Torres, 21. Both men lived in the area.

Parra's son Erick Ruiz said his father had just gotten home and was about to eat but decided to go to the store to buy something to drink when he was killed.

Residents who live near the intersection said it a dangerous one. One person told Eyewitness News that it's like the Indianapolis 500 because drivers speed through morning, noon and night.

When the news spread that two men were killed crossing the street, it wasn't a surprise for some residents.