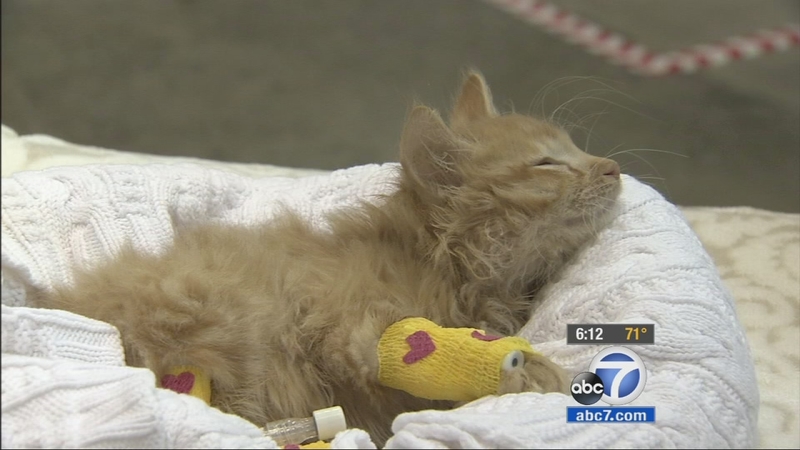 Muffin spent more than two hours in surgery Tuesday to remove a microchip that was lodged in its spine. And Muffin appears to be doing well.

"I am so happy," said Loran Slama, who adopted the kitten two weeks ago from the L.A. County Animal Shelter in Downey. "This is the happiest day of my life."

She says that after workers at the shelter implanted the microchip, Muffin became paralyzed on his left side.

"He's still in recovery," said Slama. "We've got to wait at least 24 hours for him to be totally out of the woods."

"So this is actually a pretty risky surgery," said Clarisa Robles, the neurologist who operated on Muffin's spine. Robles says she has never seen a microchip that ends up in an animal's spine.

"I talked to the company with the microchip and I think they said there's been about five cases in their history of this," said Robles.

Slama and other volunteers raised $3,000 in donations to help pay for Muffin's medical bills. She says the county has offered to pay $1,500 toward Muffin's care.

"The surgery itself was $2,500 plus some other extras, so that would not cover the whole cost of the surgery," said Slama.

As for whether there will be any permanent neurological damage, that won't be clear for at least another month. But for now, the expectation is that Muffin will make a full recovery. 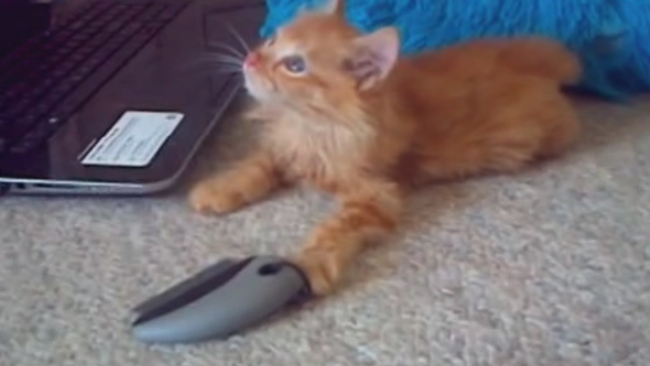