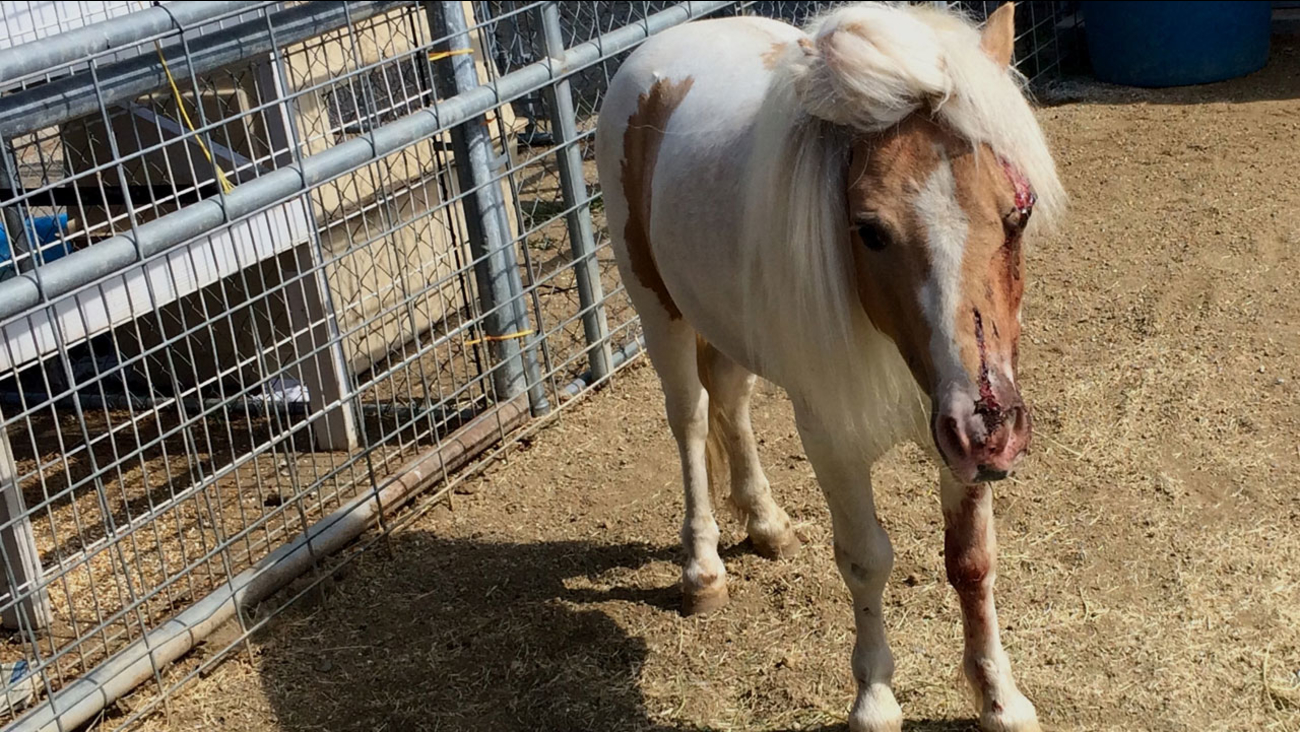 A miniature horse that may have been hit by a car after it escaped its owner's yard is shown above.

RIVERSIDE, Calif. (KABC) -- Riverside County animal control officers are looking for the owner of a miniature horse found with a large cut to its face Thursday.

In the early morning hours, an animal control officer responded to a call in the 10400 block of Arlington Avenue in Riverside about the injured horse. It was loaded into a trailer around 1 a.m.

The horse appeared to be suffering from a three-inch-long cut about its left eye and had some dried blood on its face, along with smaller cuts.

It appeared the horse was either hit by a car or injured itself after hitting its head against something when it became loose on its owner's property. The mini horse was treated by a veterinarian and staff.

According to the vet, the horse appeared to be in great health and is well-cared for by its owner. It was placed at the Western Riverside County Animal Center in Jurupa Valley to recover and relax until its owner is found.