Pedestrian killed in hit-and-run crash in Pico-Union; driver now on the run

Police say the pedestrian was hit by the driver and was later possibly hit by a Metro bus as well.
KABC 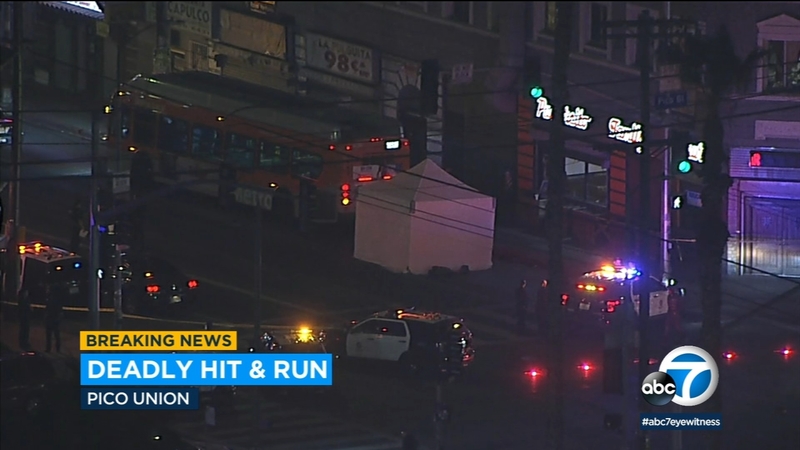 PICO-UNION, LOS ANGELES (KABC) -- Police are looking for the driver involved in a hit-and-run crash in the Pico-Union area that left a pedestrian dead Thursday night.

It happened just after 10 p.m. near Pico Boulevard and Vermont Avenue.

Police told Eyewitness News the driver of what was described as a white compact car hit the pedestrian and took off.

The driver was last seen heading southbound on Vermont Avenue.

A Metro bus may have also possibly hit the pedestrian after the initial crash, according to police.

The bus driver reportedly contacted LAPD and stayed at the scene.

The area is currently blocked off as officers continue their investigation.