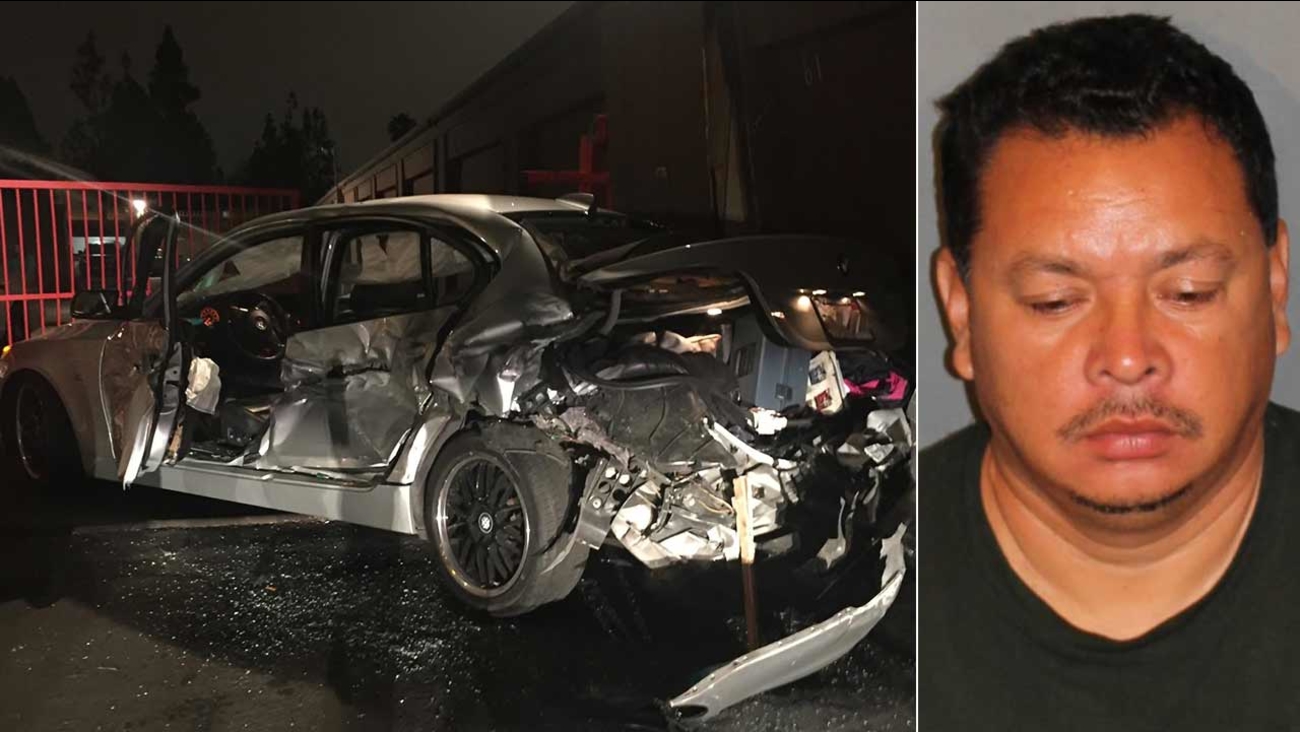 A woman's wrecked car is seen in Placentia, where police say her husband, right, allegedly slammed his truck into her vehicle and beat her on Wednesday, May 11, 2016. (Placentia Police Department)

PLACENTIA, Calif. -- Placentia police say a man was arrested after he rammed his pickup truck into his wife's car, cornered the vehicle against an apartment carport, pulled her out and punched her repeatedly.

Officers received reports of the incident around 1 a.m. Wednesday. After ramming his wife's car with his pickup, the man, identified by police as 45-year-old Cirilo Ramirez, proceeded to push his wife's compact vehicle into a couple of garage doors at an apartment complex in the 800 block of West La Jolla Street, police said. 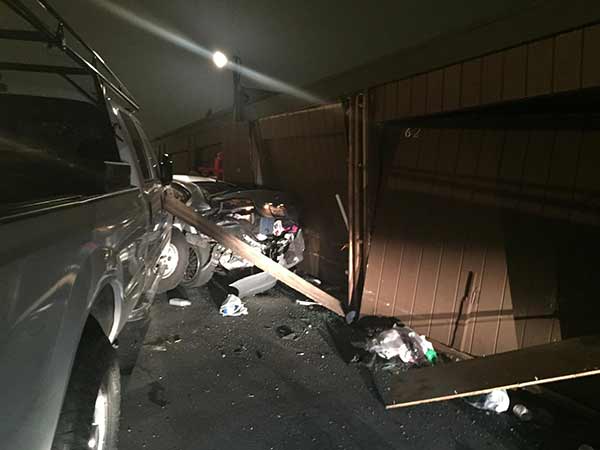 Police say a Placentia man slammed his pickup truck into his wife's car before assaulting her on Wednesday, May 11, 2016.

Ramirez then dragged his wife out of her wrecked vehicle and punched her several times before he fled on foot. Investigators said a nearby security guard chased him down and detained him.

The victim was taken to an area hospital for minor to moderate injuries that were not considered life-threatening.

Police said there was no structural damage done to the apartment complex, but two garage doors were damaged. The victim's car was destroyed.