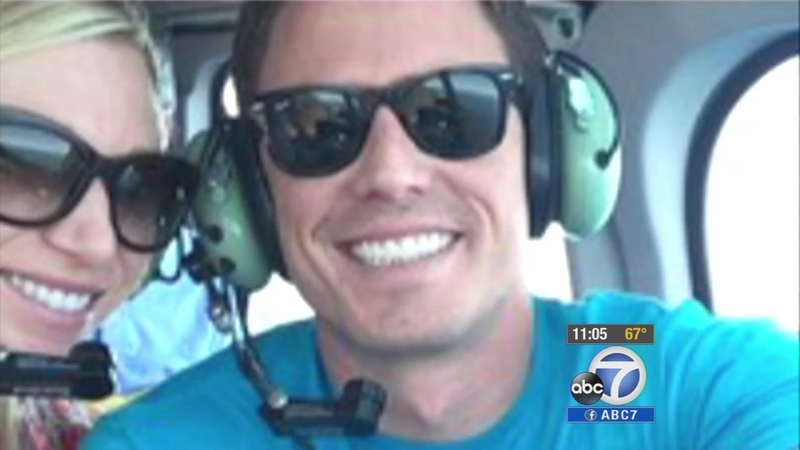 A single-engine 1967 Piper PA28 Cherokee crashed at about 9:20 a.m. in the 32000 block of Ortega Highway and sparked a small brush fire that was quickly contained to less than an acre, Riverside County fire officials said.

Firefighters work to clear the debris of a small plane that crashed in the Lake Elsinore area on Sunday, July 6, 2014.

Cal Fire says it appears one of the plane's wings broke off and allegedly clipped a tree as it went down near the Lookout Roadhouse restaurant. Charred and crumpled wreckage remained at the scene Sunday night.

"We did have an eyewitness that actually explained that they did a circle around the area, and then clipped an actual tree, which broke a wing off," Cal Fire spokesman Lucas Spelman said. "At that point, it just immediately nosedived into the ground, and then he saw a huge explosion and fire come up over there, so I imagine it was very violent."

Witness Alan Scott says the plane appeared to lose power when it barely cleared power lines, tried to climb upwards, and just dove into a mountain.

Family members identified one of the victims as 32-year-old Jacob Griffiths.

"I can't really make anything at this point," said Jacob's uncle, Andrew McElroy. "We just know that Jacob loved life. He was truly blessed with his wife, Amanda, and their family."

It was a devastating loss for Amanda. She not only lost her husband, but her father and uncle, who were also on the plane, according to family members.

Where the plane was coming from or where it was heading remains unknown.

Family members say Jacob had recently received his pilot license. It was unclear if he was flying the plane or his father-in-law. They say he was very involved in missionary work and traveled the world to help those in need. His generosity and adventurous spirit, including flying, were all part of his love for life.

Gusty Santa Ana winds may have played a factor in the fatal crash. The official cause of the crash was under investigation by the Federal Aviation Administration and the National Transportation Safety Board.