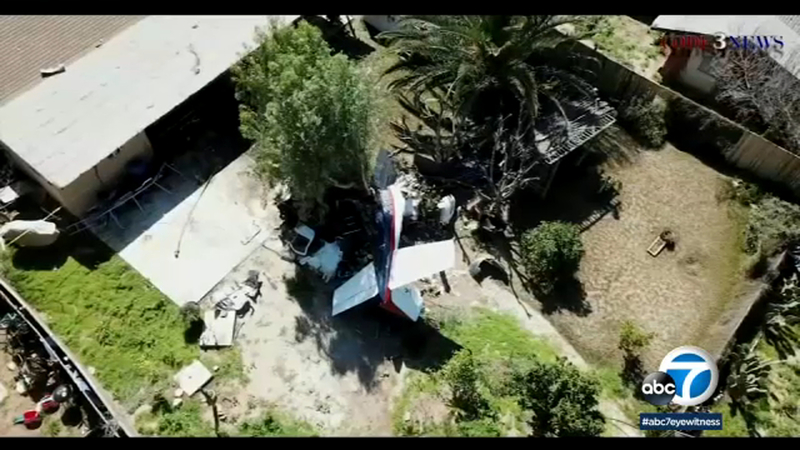 RIVERSIDE, Calif. (KABC) -- A small plane crashed into the backyard of a home in Riverside Saturday afternoon, killing one person.

The Riverside Fire Department and Federal Aviation Administration confirmed the twin-engine Beechcraft BE50 crashed on the 10500 block of Robinson Avenue approximately at noon.

Prior to the crash, Riverside Airport received a distress call of the plane going down. When authorities arrived on the scene, one victim -- a male -- was found.

Fire officials said the plane crashed into a tree and no other damage was reported, but resources remained on the scene.

No injuries were sustained by the four residents inside the home when the plane crashed nearby.

"We seen a plane coming down, flying real low, and it was making noises and it came around the backside of this property, and it was trying to take a hard right to maybe do a crash-landing or something like that. He pitched up and then as soon as he pitched up, it looked like all the wind came out from underneath his wings, and it went straight down into the ground and it was a big crash," described witness Joshua Nunnally.

Only one person appeared to be aboard the plane, which was flying from Chino to Apple Valley, the FAA said.