The three people involved - two women and a man - have since been detained.
KABC 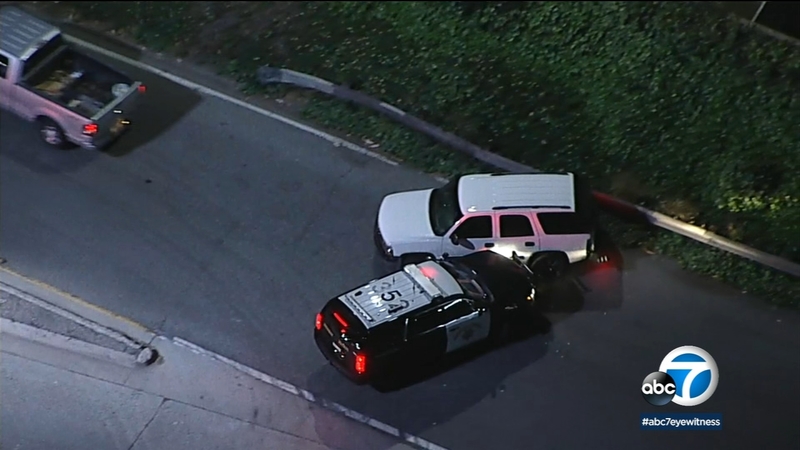 Anaheim police initiated the pursuit of a white Chevrolet Tahoe just before 8 p.m. along the northbound lanes of the 55 Freeway.

At one point, the driver was near Westminster and began traveling the wrong way on the freeway before making a U-turn.

Authorities also used a PIT maneuver and smashed into the SUV on an on-ramp, but the suspect was still able to escape and continue driving.

During the course of the chase, someone in the SUV was seen throwing what appeared to be catalytic converter parts and tools onto the freeway. Police say there were a total of three people in the vehicle.

The hours-long chase ended in the San Diego area after the suspect drove over a spike strip on the 8 Freeway.

Police say the SUV's tires began falling apart. Soon after, the suspects jumped out of the vehicle and ran off into nearby brush.

The three people involved - two women and a man - have since been detained.