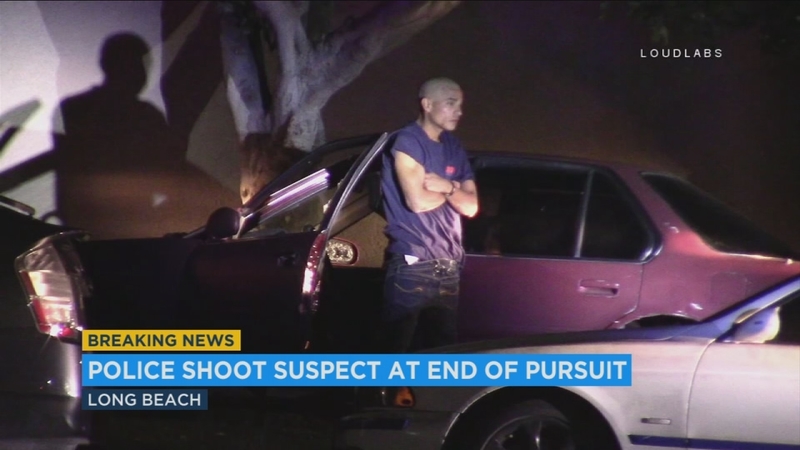 LONG BEACH ,Calif. (KABC) -- A 27-year-old carjacking suspect was in custody late Wednesday evening after police shot him with less-than-lethal rounds at the end of a pursuit in Long Beach, authorities said.

The sequence of events began about 10 p.m. when officers attempted to conduct a traffic stop on a stolen vehicle, according to the Long Beach Police Department. A scuffle between the male driver and police ensued, during which the suspect allegedly took an officer's gun and fled.

The officer was not seriously injured in the altercation.

According to investigators, the man then carjacked a vehicle, prompting a chase that ended in the area of 7th Street and Martin Luther King Avenue. A police standoff began after the suspect pulled over.

At one point, the man exited the car and turned toward officers with his arms crossed. He was shot with rubber bullets and collapsed to the ground.