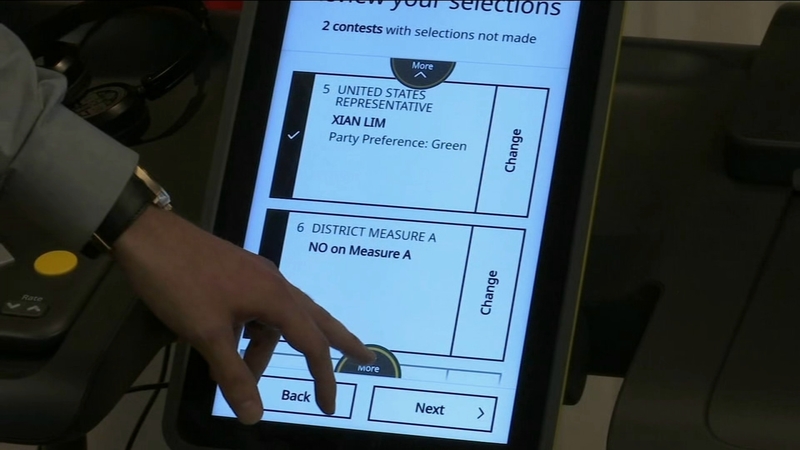 "Once I got into the machine, it was very simple. It said do this, vote for one, punch one, next," said Bonnie Nntonucci, who early voted Friday in Burbank.

But the Los Angeles Democratic Party gathered Friday to warn voters about less polling locations and the new machines. Not all the candidates fit on one page so you need to press more to see all the names, but Democrats including Ted Lieu feel voters could hit next instead of more, sending them to the next race.

"I had a lot of the superior court judges and because there's so many names, I voted for the ones that I voted for and i'm going, where's the rest," said Sharon Perkins, who also voted on Friday.

"Obviously there's only so much room on the screen, so I think people are used to, we did a lot of research on this. Our experience in the mock election and our pilot election in November is that voters do understand that function, they will use the more button," said Logan.

Perkins says she's more worried about the length of the early voting period.

"They changed their minds from the town hall meeting and from the debate, and they've already voted so they're now they've lost their vote," said Perkins.

Those who still haven't made up their mind for the Democratic primary have a chance to see Bernie Sanders in Los Angeles on Sunday and Elizabeth Warren on Monday. Pete Buttigieg, who spoke to Eyewitness News from South Carolina on Friday, will be in San Diego on Monday.

"We need to focus on the road ahead. I'm seeing a lot of political debates that are re-litigating disagreements from the 1990's. The current president is trying to restore the social order of the 1950's. This is 2020," said Buttigieg. 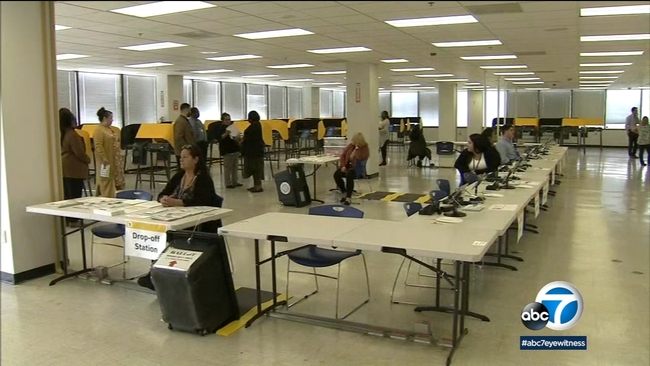