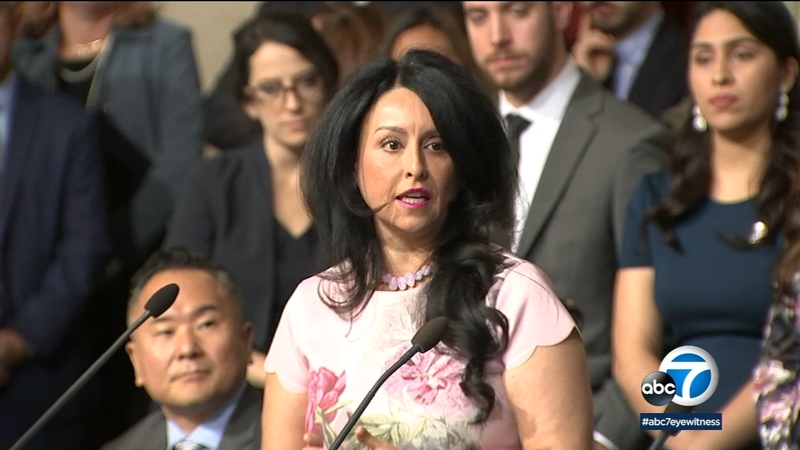 DOWNTOWN LOS ANGELES (KABC) -- The Los Angeles City Council on Tuesday unanimously elected Councilwoman Nury Martinez as its president, making her the first Latina to lead the 15-member body in the city's history.

Martinez, who represents the northeast San Fernando Valley, became the first Latina and second woman elected president of the council.

The vote was held by councilmembers during their meeting Tuesday and was followed by a burst of applause in the chamber.

"My dad would be so proud today. As the daughter of immigrants, as the daughter of a dishwasher and a factory worker, it is incredibly, incredibly personal for me to ensure that children and families in this city become a priority for all of us," said LA City Council President Elect Martinez.

She said she'll go into more detail about what she wants to do after she takes over for current Council President Herb Wesson.

Wesson is stepping down so he can campaign for a seat on the LA County Board of Supervisors.

Martinez was asked if the residents of Los Angeles trust city hall after FBI raids on one councilmans office and home and a city investigation into her 2015 campaign fundraising, that was later dropped by the city attorney.

Martinez responded: "Transparency in government is important so that the voters can continue to feel confident that their government is working for them."

Martinez, the daughter of Mexican immigrants, grew up in Pacoima and was elected to the council in 2013. She is the first woman elected council president since Pat Russell in 1983.