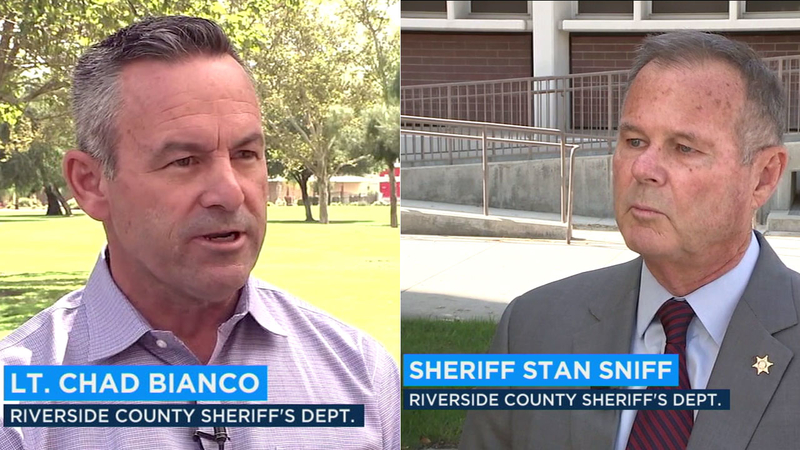 RIVERSIDE (KABC) -- The campaign signs and TV ads popping up around Riverside County are just a few of the signs that the sheriff's race is getting nasty.

"It's not just the toughest, it's the most toxic," Sniff said.

The union representing sheriff's deputies has contributed nearly $1 million to Bianco in an effort to unseat Sniff.

The sheriff says it's because he's been tough on deputy discipline and misbehavior and the department has been aggressive in rolling out body camera systems.

"We've terminated employees or meted out very harsh discipline, holding our employees accountable," Sniff said. "And there's this constant pushback because the union's role is obviously to defend that."

The Riverside Sheriff's Association has endorsed Bianco and union vice president Ian Anderson says he thinks about 90 percent of the rank-and-file-members will vote for the challenger.

"The workers that are out doing the police work in the county of Riverside are all looking at me to make a difference in this organization," Bianco said.

County Supervisor John Tavaglione, who was critical of Sniff and his department earlier this year, now supports the incumbent, saying union interests shouldn't dominate the agency.

"When unions try to buy an election my experience tells me that's going lead to problems, because the unions are going to be running the department, not the sheriff."

His challenger can see Sniff is concerned. Bianco got more votes than Sniff in a primary field that also included two other challengers.