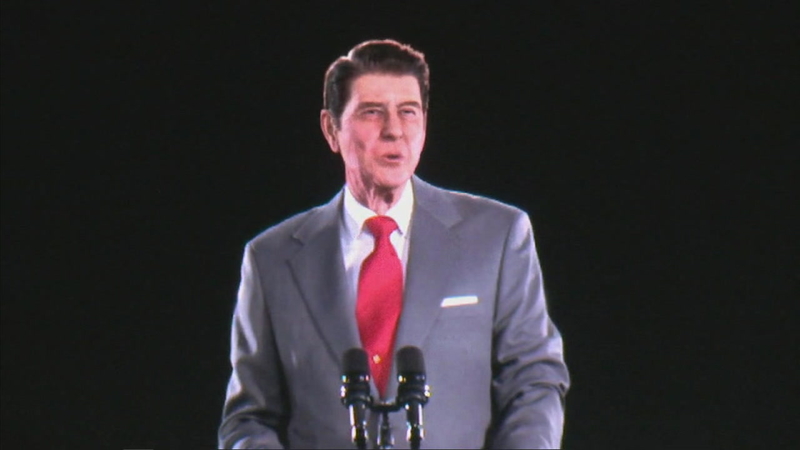 SIMI VALLEY, Calif. (KABC) -- A new exhibit at the Ronald Reagan Presidential Library has brought the late president back to life through a hologram.

The staff sought out Hollywood to make this happen.

John Heubusch, executive director of the Reagan Library, says: "We worked with some of the best Hollywood animators there are. And with digital experts to make a hologram from that you get a three-dimensional experience. You can see Ronald Reagan in real life."

First they filmed an actor's body, then they created a silicone version of Reagan's head, he said, making it as lifelike as possible with help from thousands of pictures.

"Than we took a dome full of cameras, filmed President Reagan's head digitally and placed that digital head onto the actor's body."

After two years of work you have three holograms. One's on the campaign trail. Another's at his ranch, and a third is in the Oval Office.

Among the hologram's quotes: "We've got to teach history based not on what's in fashion but what's important."

And that's what the library hopes this new exhibit will convey - President Reagan's place in American history.

"It's a way to educate and also entertain and bring you into the life of President Reagan as best we can," Heubusch said.