Thousands go out to vote on whether to divide Koreatown, Little Bangladesh 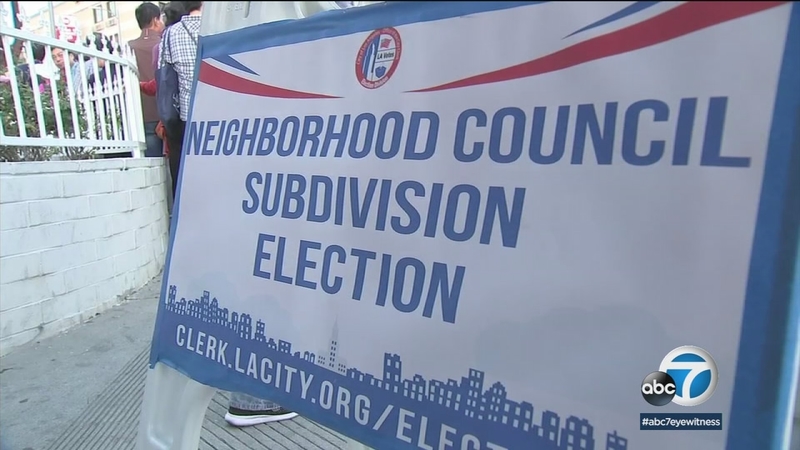 Thousands vote on whether to divide Koreatown, Little Bangladesh

KOREATOWN, LOS ANGELES (KABC) -- A few thousand people converged Tuesday night on the Founders Church in Koreatown to vote on whether the neighborhood should be divided to include Bangladesh Town.

The line circled the block near 6th Street and Vermont Avenue, where voters waited for hours to have their voice heard. Voting started around 2 p.m. and was expected to end around 8 p.m., but dozens still waited in line to vote by 11 p.m.

Some people passed out food and others, like Stella Kim, brought their textbook to study as they waited.

"This is another voting place so I just dropped off my backpack and brought my study materials. I'll probably have to call later to get my jacket," she said.

Thomas Hwang has lived in Koreatown since 1971.

"We worked hard to build this Koreatown. I know they have a right to freely live any way they want, but we don't want Koreatown being divided by two different nationalities. We lost our political power. That's what we're worrying about," he said.

Currently, Little Bangladesh is located within Koreatown - it's four city blocks on 3rd Street between Vermont and Normandie avenues. The Bangladeshi community is expanding in Los Angeles and they want a designated area, like Koreatown, to express their identity.

"In the future, our Bangladeshi business - everything is going to increase. That's why we need our identity here," Sireen Sultana said.

But voters do not have to live in Koreatown to make their opinion count. Gina Gu came from San Bernardino.

"I come to Koreatown a lot for the shopping and to hang out for my friends. I like to come out here more," she said.

Korean Americans largely outnumbered Bangladeshis voting, which is something that surprised organizer James An.

"Korean people are upset, I mean obviously you can see it goes around the block. I think Korean people, or any ethnicity for that matter, once your territory is threatened - you come out," he said.