Donald Trump responds to backlash from GOP, insists he would 'never' quit race 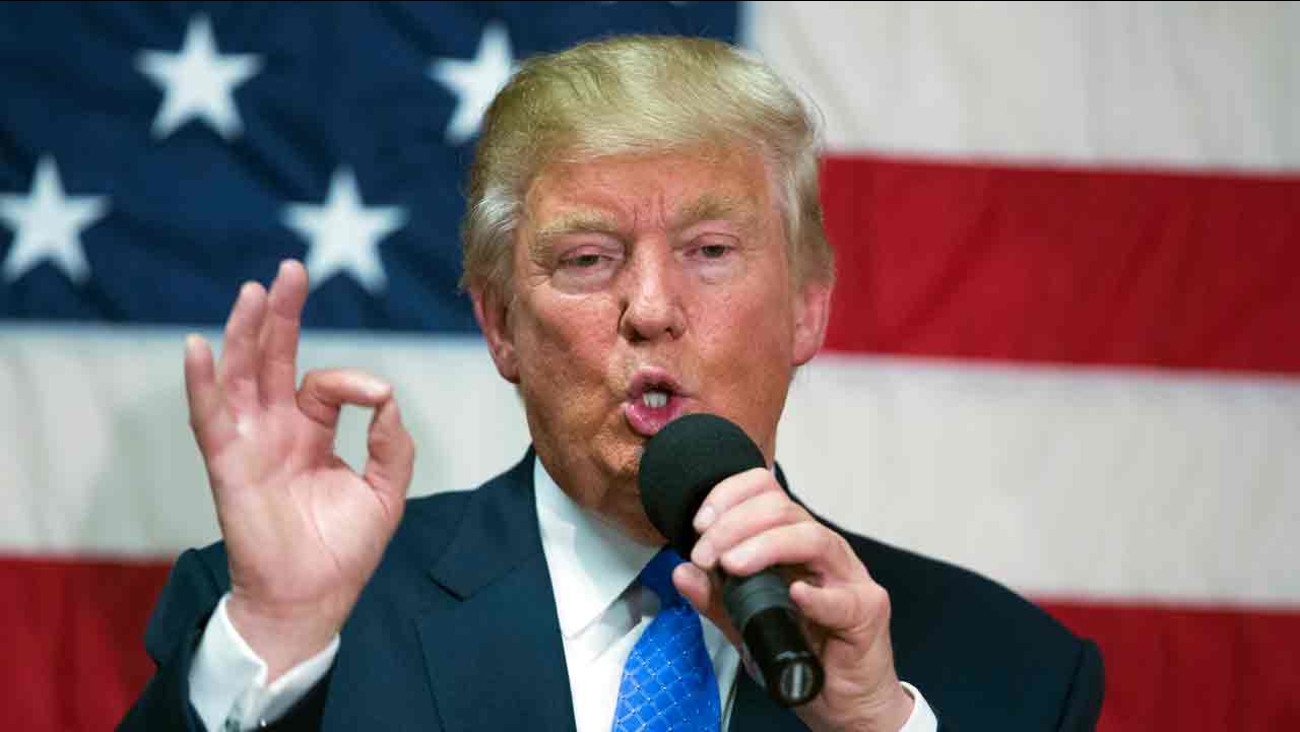 NEW YORK -- A defiant Donald Trump insisted Saturday he would "never" abandon his White House bid, facing an intensifying backlash from Republican leaders across the nation who called on him to quit the race following the release of his vulgar and sexually charged comments caught on tape.

With Republicans from Utah to Alabama to New Hampshire turning their back on their nominee, GOP loyalists like House Speaker Paul Ryan refused to give up on Trump, who has long faced criticism from within his own party, but never to this degree. Frustration turned to panic across the GOP with early voting already underway in some states and Election Day one month away.

Trump was slapped by his own running mate, Indiana Gov. Mike Pence, who said he was "offended by the words and actions" Trump described in the video.

"I do not condone his remarks and cannot defend them," the Republican vice presidential nominee said. Having canceled a scheduled appearance in Wisconsin on Saturday afternoon, Pence cited Sunday night's presidential debate as an opportunity for Trump to "show what is in his heart." Several of the Republicans who want Trump out say Pence should take his place as the nominee.

Trump, though, declared he would not yield the GOP nomination under any circumstances. "Zero chance I'll quit," he told The Wall Street Journal. He told The Washington Post: "I'd never withdraw. I've never withdrawn in my life." He claimed to have "tremendous support."

In a videotaped midnight apology, Trump declared "I was wrong and I apologize" after being caught on tape bragging about aggressively groping women in 2005. He also defiantly dismissed the revelations as "nothing more than a distraction" from a decade ago and signaled he would press his presidential campaign by arguing that rival Hillary Clinton has committed greater sins against women.

"I've said some foolish things," Trump said in a video posted on his Facebook page early Saturday. "But there's a big difference between the words and actions of other people. Bill Clinton has actually abused women and Hillary has bullied, attacked, shamed and intimidated his victims."

"Certainly has been an interesting 24 hours!" he tweeted later in the day.

The latest explosive revelation marked a tipping point for some party loyalists, while forcing vulnerable Republican candidates to answer a painful question: Even if they condemn Trump's vulgar comments, will they still vote for him?

The answer was No for a growing number of GOP senators.

"I'm a mom and an American first, and I cannot and will not support a candidate for president who brags about degrading and assaulting women," New Hampshire Sen. Ayotte said. "I will not be voting for Donald Trump or Hillary Clinton and instead will be writing in Gov. Pence for president on Election Day."

South Dakota Sen. John Thune, a member of the Senate Republican leadership team, offered a sharp rebuke as well: "Donald Trump should withdraw and Mike Pence should be our nominee effective immediately."

Nevada Senate candidate Joe Heck said he was withdrawing his support: "I can no longer look past this pattern of behavior and inappropriate comments from Donald Trump."

And Republican Sen. Mike Crapo of Idaho revoked his endorsement: "This is not a decision that I have reached lightly, but his pattern of behavior left me no choice."

The release of the videotape and ensuing backlash almost completely overshadowed the release of hacked emails from inside the Hillary Clinton campaign that revealed the contents of some of her previously secret paid speeches to Wall Street.

The Democratic nominee told bankers behind closed doors that she favored "open trade and open borders" and said Wall Street executives were best-positioned to help overhaul the U.S. financial sector. Such comments were distinctively at odds with her tough talk about trade and Wall Street during the primary campaign.

Republican strategist Terry Sullivan, who previously led Marco Rubio's presidential campaign, predicted Trump's defeat. "It's over," he said. "The only good news is that in 30 days Trump will be back to being just a former reality TV star like the Kardashians, and Republican candidates across America will no longer be asked to respond to his stupid remarks."

One by one, outraged GOP lawmakers have condemned Trump's comments in a 2005 video obtained and released Friday by The Washington Post and NBC News. In the video, Trump is heard describing attempts to have sex with a married woman. He also brags about women letting him kiss them and grab their genitals because he is famous.

Election law experts suggest it would be logistically impossible to replace Trump on the ballot altogether, with early voting underway in some states and overseas ballots already distributed to military servicemen and others.

Ryan fundraising chief Spencer Zwick, however, said he's been fielding calls from donors who "want help putting money together to fund a new person to be the GOP nominee."

Zwick told The Associated Press that a write-in or "sticker campaign" relying on social media could "actually work."

While there has never been a winning write-in campaign in a U.S. presidential contest, such an effort could make it harder for Trump to win.

While funding another candidate could siphon votes away from Trump, the GOP's biggest donors have little leverage even if they threaten to withhold money for the rest of the campaign. Trump's campaign has relied far more on small contributors across the country than from the party's stalwart donors who write the biggest checks possible.

Meanwhile, Trump backers who showed up for the southeast Wisconsin rally he and Pence initially planned to attend were standing by their man.

"He's a real human," said Stanley, who was wearing a pink T-shirt with bold, black lettering that said "Wisconsin Women Love Trump." ''It was a long time ago, we all have something in our past."
Related topics:
politicsdonald trumprepublicanscaught on tapepresidential raceu.s. & world
Copyright © 2021 by The Associated Press. All Rights Reserved.
More Videos
From CNN Newsource affiliates
TOP STORIES