Poll: Half of Californians believe stricter gun laws may have prevented Vegas massacre

KABC
By ABC7.com staff
LOS ANGELES (KABC) -- About half of Californians believe that stricter gun control laws could have prevented the mass shooting in Las Vegas, according to a new statewide poll.

The poll by Survey USA, which was conducted exclusively for Eyewitness News, found that 47 percent of Californians believe stricter gun control laws could have prevented the massacre; 33 percent said stricter laws would not have prevented the shooting; and 20 percent were not sure.

If more concertgoers had been armed, would that have made the situation better, worse or made no difference? According to the survey, 9 percent said better; 41 percent said worse; 43 percent said it would not have made a difference; and 7 percent were not sure.

Here is a complete list of all of the questions and results from the survey:

What do you think is more important -- to protect the right of Americans to own guns, or to control gun ownership?
31% Right To Own
61% Control Ownership
8% Not Sure

Are federal laws on gun ownership too strict? Not strict enough? Or just about right?
9% Too Strict
68% Not Strict Enough
15% Just About Right
9% Not Sure

What do you think is the best way to reduce gun violence in this country: by passing stricter gun control laws, or by stricter enforcement of existing laws?
48% Passing Stricter Laws
41% Stricter Enforcement Of Existing
11% Not Sure

Should criminal background checks be required for every person who wants to purchase a firearm? Or not?
93% Should
4% Should Not
2% Not Sure

Should gun owners have to register with the state or local government and provide a set of fingerprints? Or Not?
83% Should
11% Should Not
5% Not Sure

Would you support? ... or oppose? ... a law that would prevent people with mental illness from purchasing guns?
84% Support
6% Oppose
10% Not Sure

Would you support? ... or oppose? ... a law requiring a nationwide ban on semi-automatic weapons, which automatically load the next bullet after a shot is fired?
69% Support
18% Oppose
13% Not Sure

Do you think stricter gun control laws could have prevented the shootings in Las Vegas?
47% Yes
33% No
20% Not Sure

Based upon what you know so far, do you think that the gunman in Las Vegas acted alone? Or did he have help from others?
50% Acted Alone
25% Had Help
25% Not Sure
Report a correction or typo
Related topics:
californiagun safetygun controlgun violencemass shootingu.s. & worldlas vegas mass shootingguns
Copyright © 2020 KABC-TV. All Rights Reserved.
RELATED 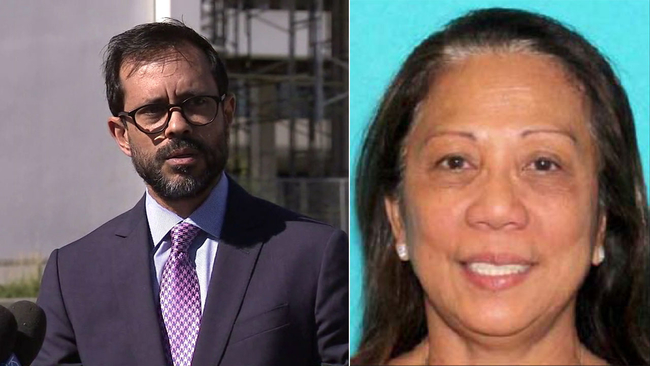 Las Vegas shooter's girlfriend says she had no knowledge of attack