Isaias de Jesus Valencia, 39, was scheduled to appear in a Pomona courtroom for the first time, but the hearing was continued to May 1.

The charges against him include special circumstance allegations of murder of a peace officer and murder for the purpose of avoiding or preventing a lawful arrest, according to the Los Angeles County District Attorney's Office. Valencia is also facing one count each of fleeing a pursuing peace officer's vehicle and possession of a firearm by a felon, prosecutors said. If convicted as charged, he faces the death penalty or life in prison without the possibility of parole.

The fatal shooting of a 30-year-old Pomona police officer led to an outpouring of grief and condolences on social media and in the community on Saturday.

The DA's office has not yet decided whether to seek capital punishment in the case.

Valencia was taken into custody Saturday after a 15-hour standoff. Police said he led them on a short chase Friday night before barricading himself inside his apartment. Valencia then fired multiple shots, killing 30-year-old Officer Gregg Casillas and injuring Officer Alex Nguyen, who is recovering, investigators said.

A view from inside the apartment shows Valencia blasted holes in the walls with his gun in an apparent attempt to escape through a neighboring unit.

Authorities say the homeowner defended himself when the suspects entered the home. Following the shooting, the suspects fled from the scene.

The California Department of Corrections said Valencia was committed to state prison in 2014 with a two-year sentence for possession of a firearm and ammunition, discharging a firearm in a school zone and destruction of jail property.

Casillas had been on the job for six months and was being trained at the time of the barricade.

About a dozen officers and deputies escorted Casillas family to Valencia's hearing Tuesday. The fallen officer leaves behind his wife and two children, with the youngest being 5 months old.

The CAHP Credit Union set up a memorial fund for Casillas in response to the many requests to leave donations for the family. If you would like to donate, you may do so by clicking here.

No plea was entered by Valencia and his lawyer said she has "so many documents" that still need review.
Report a correction or typo
Related topics:
pomonalos angeles countycourt casepolice officerofficer killed
Copyright © 2021 KABC-TV. All Rights Reserved.
RELATED 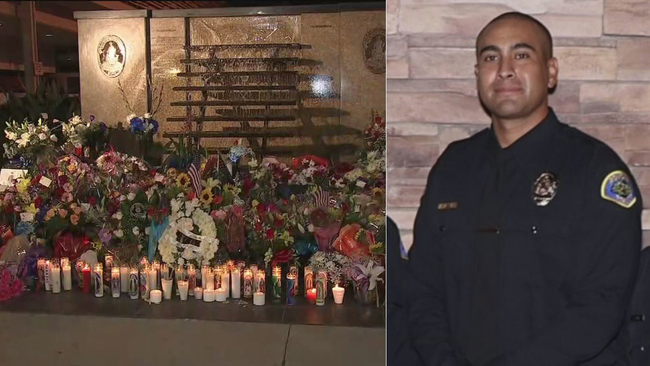 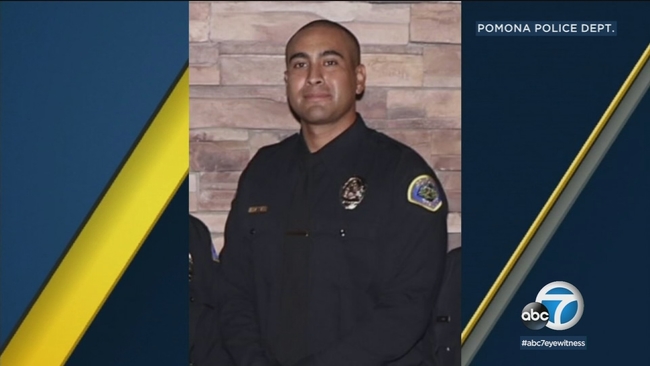