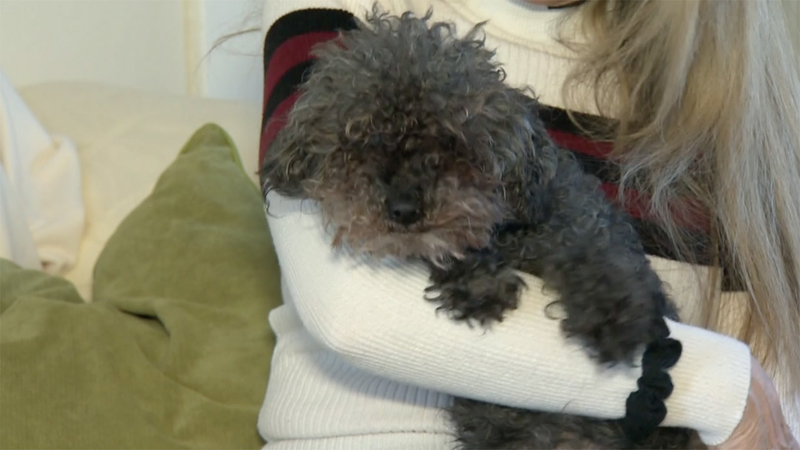 WHITEHALL, Penn. -- A 16-year-old toy poodle was scooped up and dropped by a hawk -- then found 28 hours later.

Deborah Falcione said her pup Porshia was on the back deck of her home in Allegheny County, Pennsylvania, Thursday when the dog was suddenly taken by a hawk and carried off.

"All I can do is thank God for the miracle because I don't know how else this dog could have survived," she said.

After hours of searching, she started to lose hope, especially after temperature's dropped well below freezing overnight.

"I said, 'That's impossible!' She could not have survived 28 hours out in the bitter cold weather, in 10-degree weather. This is a six-and-a-half pound dog. She's blind. She's deaf. She's 16 years old. I went down there and sure enough, this is the dog," she said.

Porschia was dropped by the hawk nearly four blocks away from her home and found by a neighbor.

Falcione said Porschia may be a tiny dog, but she has the strongest will to survive.

"How she got away, I'll have no idea. How she survived it, I will never know. But I know one thing, by the grace of God this dog is still alive," she said.