KABC
Can you believe it's been a year since Popeyes unveiled a fried chicken sandwich so popular that one location sold more than 3,000 sandwiches in one day?

Wednesday marks the one year anniversary of the highly sought after Popeyes Chicken Sandwich.

Shortly after its launch last year, the sandwich went viral after a Twitter feud, later named Chicken Wars, broke out between many fast-food chains debating who makes the best fried chicken sandwich.

According to the company, 203 million Popeyes Chicken Sandwiches were sold in the past year.

In November 2019, a Popeyes location sold 3,582 sandwiches in one day, according to the fast-food chain.

"When the chicken sandwich online conversation was at its peak (between August 17 and September 1) Popeyes totaled 338,000 conversations, which equates to 16 tweets per minute about the Popeyes Chicken Sandwich," said the company in a statement released on Wednesday.

To commemorate the anniversary, the company launched a countdown to 2021 campaign featuring the popular food item under the ball drop in Time Square. 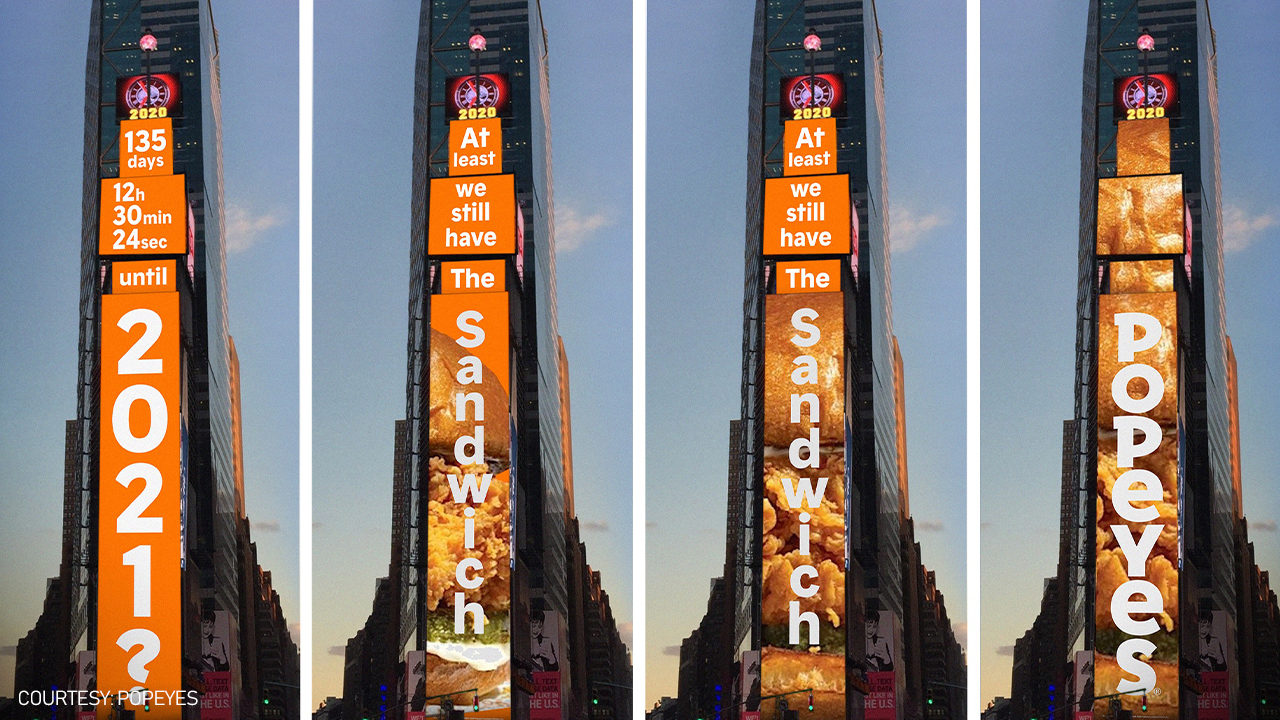