A man is in custody after an explosion Monday morning in the subway under the Port Authority Bus Terminal in Manhattan that Mayor Bill de Blasio called "an attempted terrorist attack."

MIDTOWN, Manhattan -- A man is in custody after an explosion Monday morning in the subway under the Port Authority Bus Terminal in Manhattan that Mayor Bill de Blasio called "an attempted terrorist attack."

A pipe bomb affixed to the suspect with Velcro straps detonated at about 7:20 a.m. in a passageway between subway lines that runs a full city block under 42nd Street between 7th and 8th Avenues

The 27-year-old suspect, identified as Akayed Ullah, was injured in the arm and torso from the device that went off in his arms.

He is alert and conscious but badly injured at Bellevue Hospital, sources say.

"Preliminary investigation at the scene indicates that this male was wearing an improvised low-tech explosive device attached to his body. He intentionally detonated that device," said NYPD Commissioner James O'Neill.

The man, whose address is in Brooklyn, is from Bangladesh and has been in the United States seven years.

Ullah made statements indicating he supports ISIS, investigators said. He has a brother in a Brooklyn school that authorities are now trying to find.

Ullah's family, meanwhile, issued a statement through the legal director of CAIR New York: "We are heartbroken by the violence that was targeted at our city today, and by the allegations being made against a member of our family. But we are also outraged by the behavior of law enforcement officials who have held children as small as four years old out in the cold and who held a teenager out of high school classes to interrogate him without a lawyer, without his parents. These are not the sorts of actions that we expect from our justice system, and we have every confidence that our justice system will find the truth behind this attack and that we will, in the end, be able to learn what occurred today. Thank you for your time."

"This was an attempted terrorist attack," said de Blasio at a news conference. "Thank God the perpetrator did not achieve his ultimate goals."

Gov. Andrew Cuomo asked New Yorkers to be alert but go about their lives.

Jack Collins, a Port Authority Police officer, was the first at the scene to take down Ullah. He arrested the suspect at gunpoint with the assistance of three other PAPD officers: Sean Gallagher, Anthony Manfredini and Drew Preston.

Collins was working his usual beat of looking for kids being trafficked at the Port Authority Bus Terminal when the incident occurred.

The bus terminal was temporarily closed but has since re-opened..

The NYPD is on high alert searching for any related activity at the Port Authority and on the subway system but none has been reported so far.

There was a massive police response in the area surrounding the terminal. 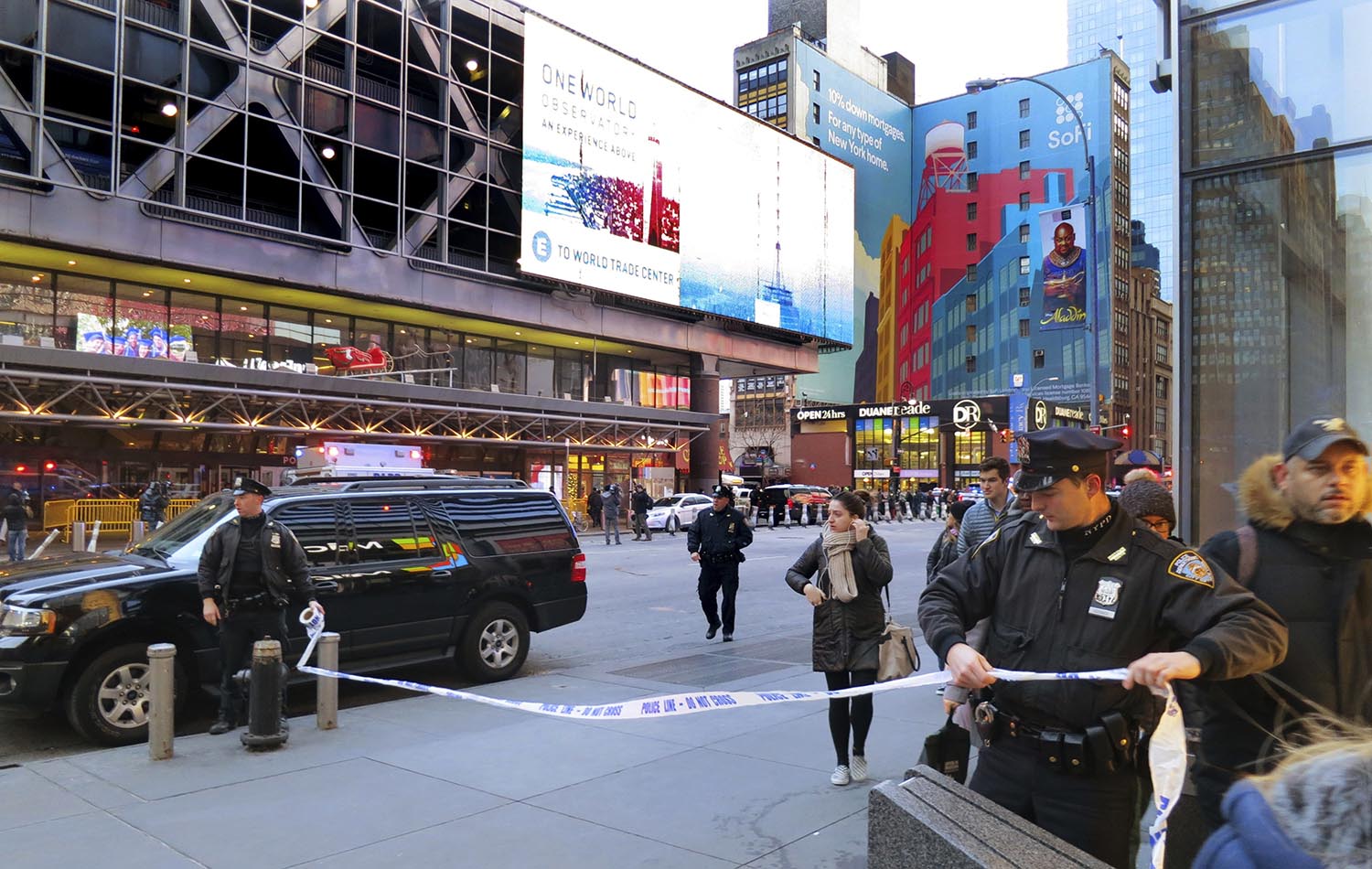 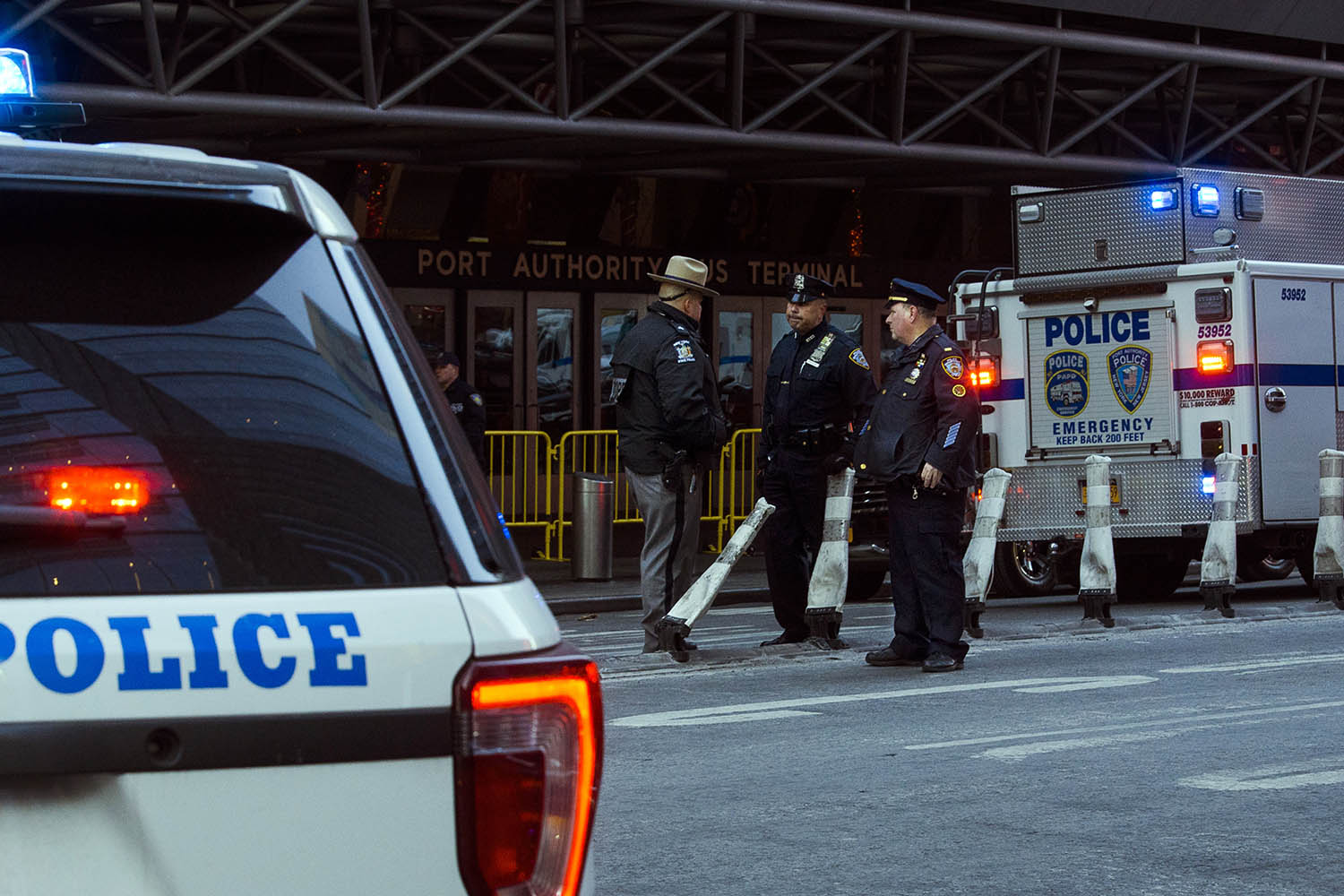 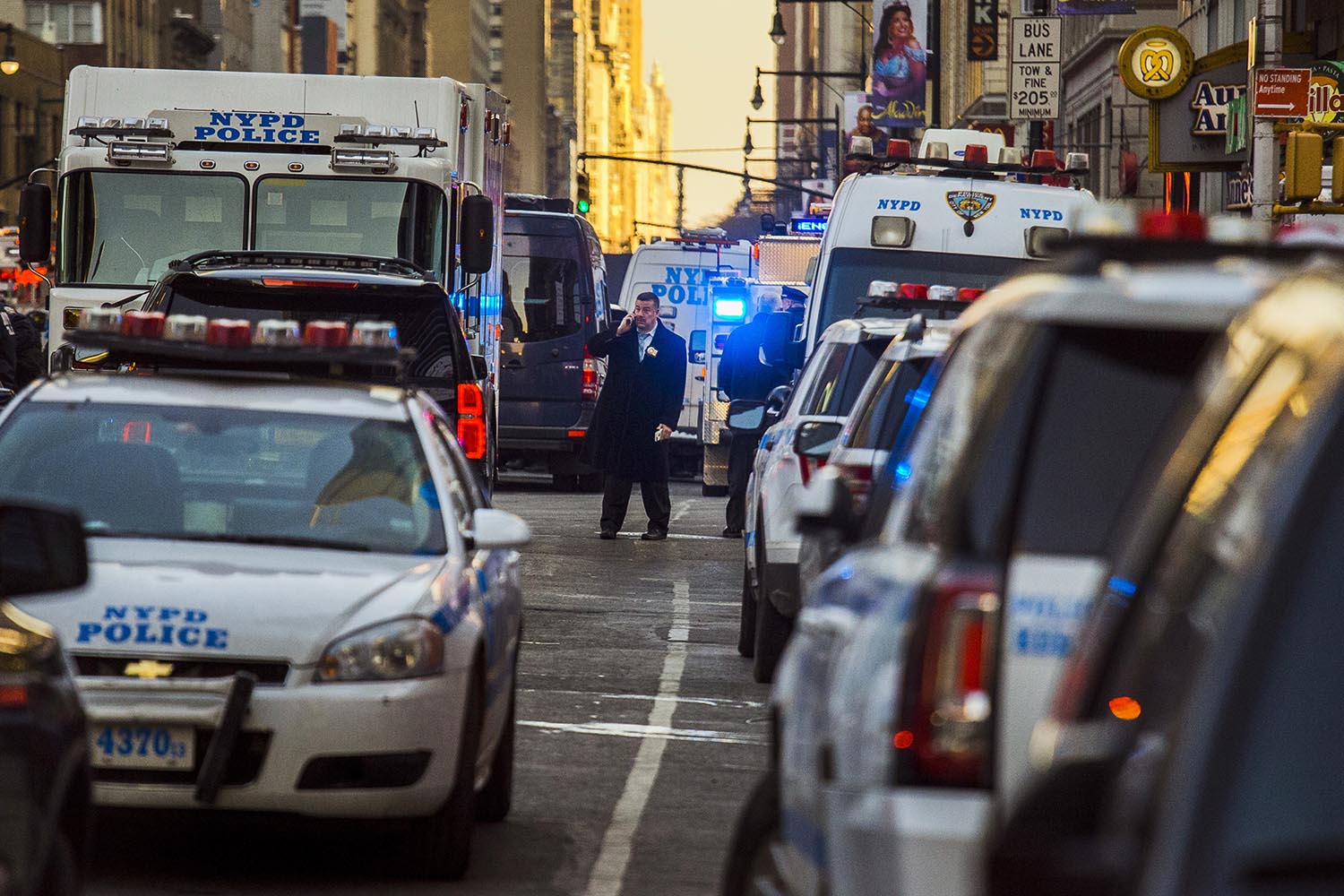 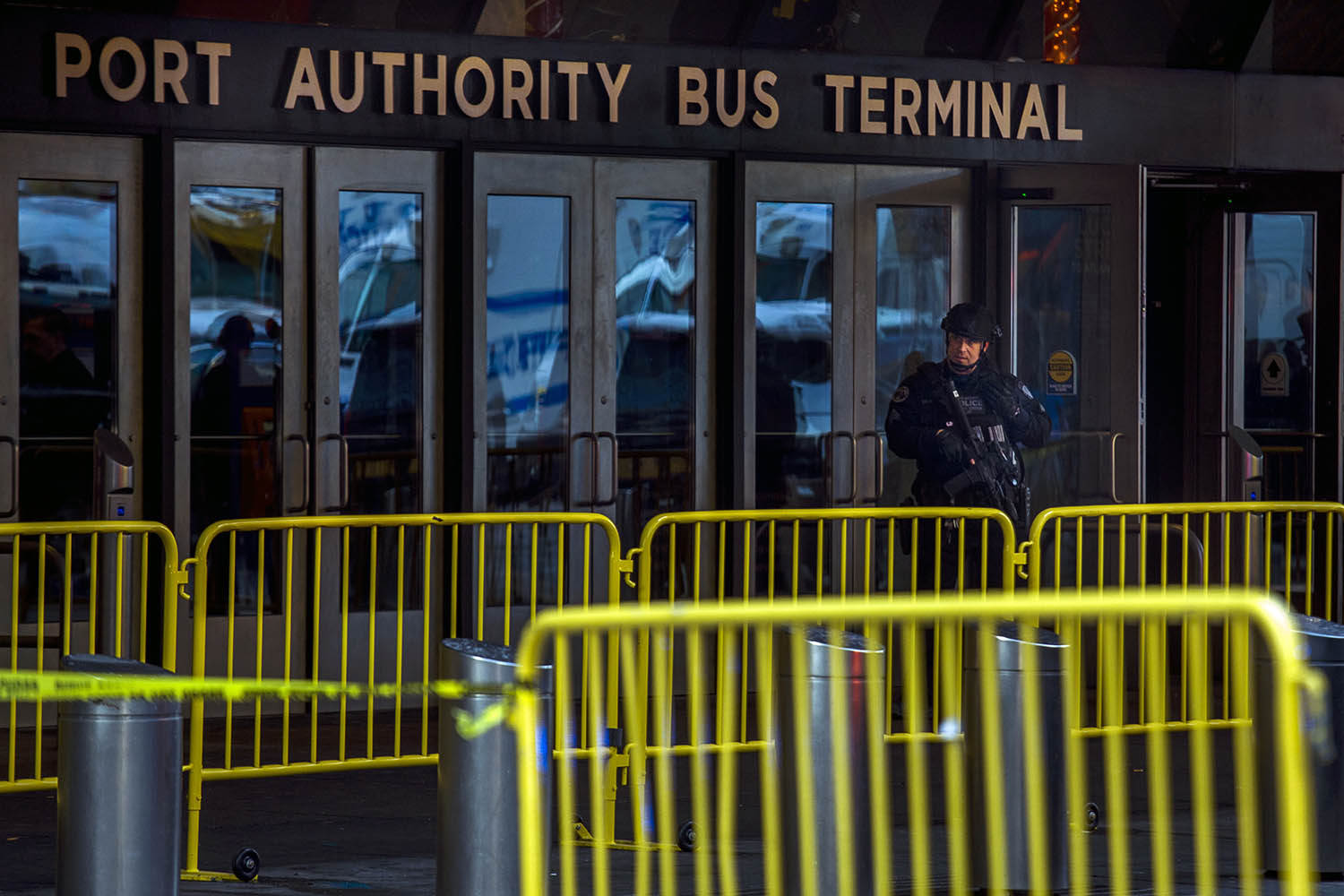 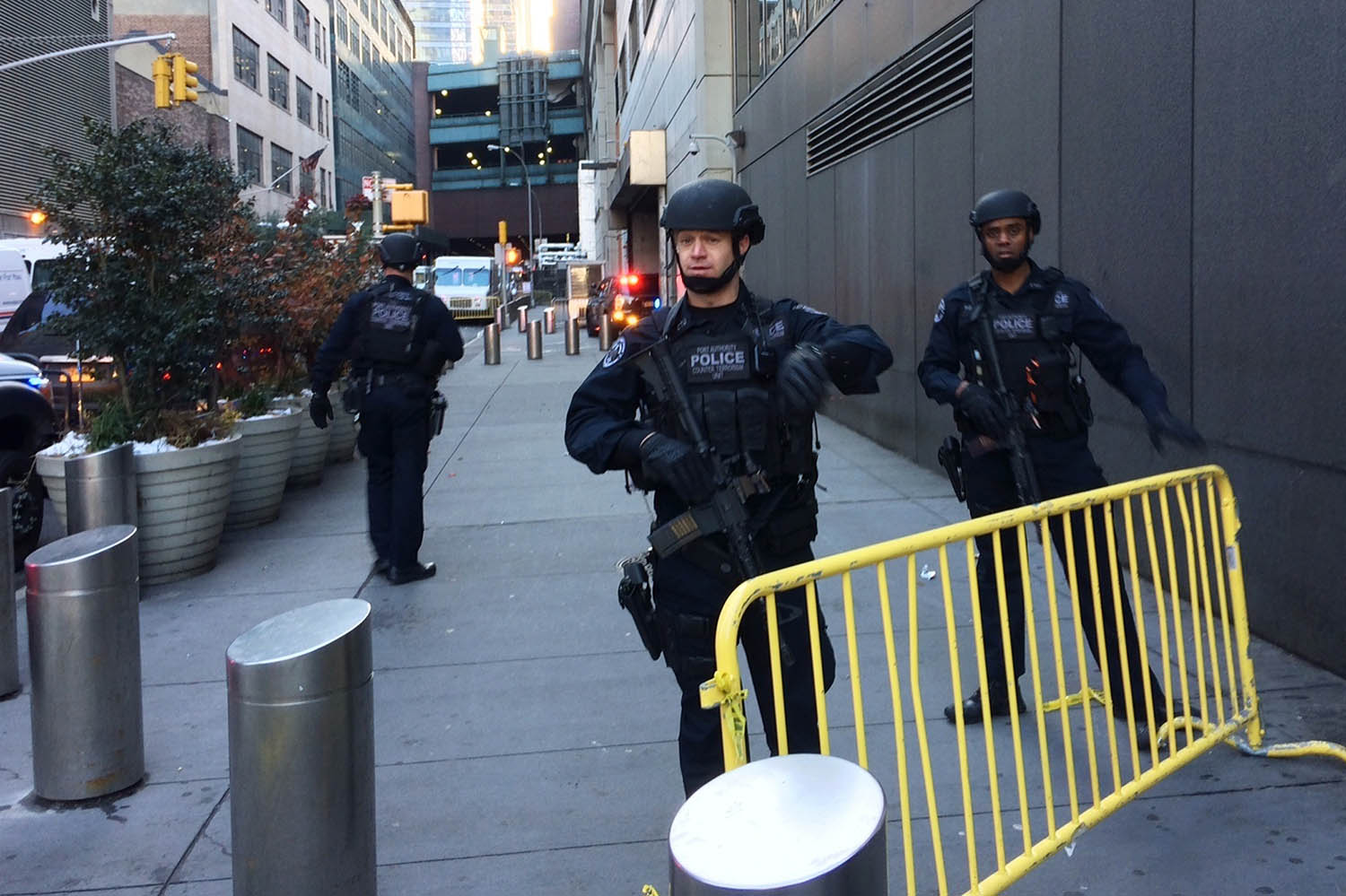 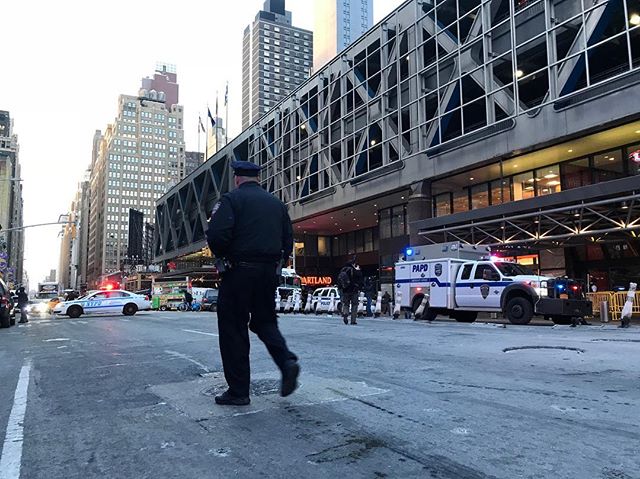 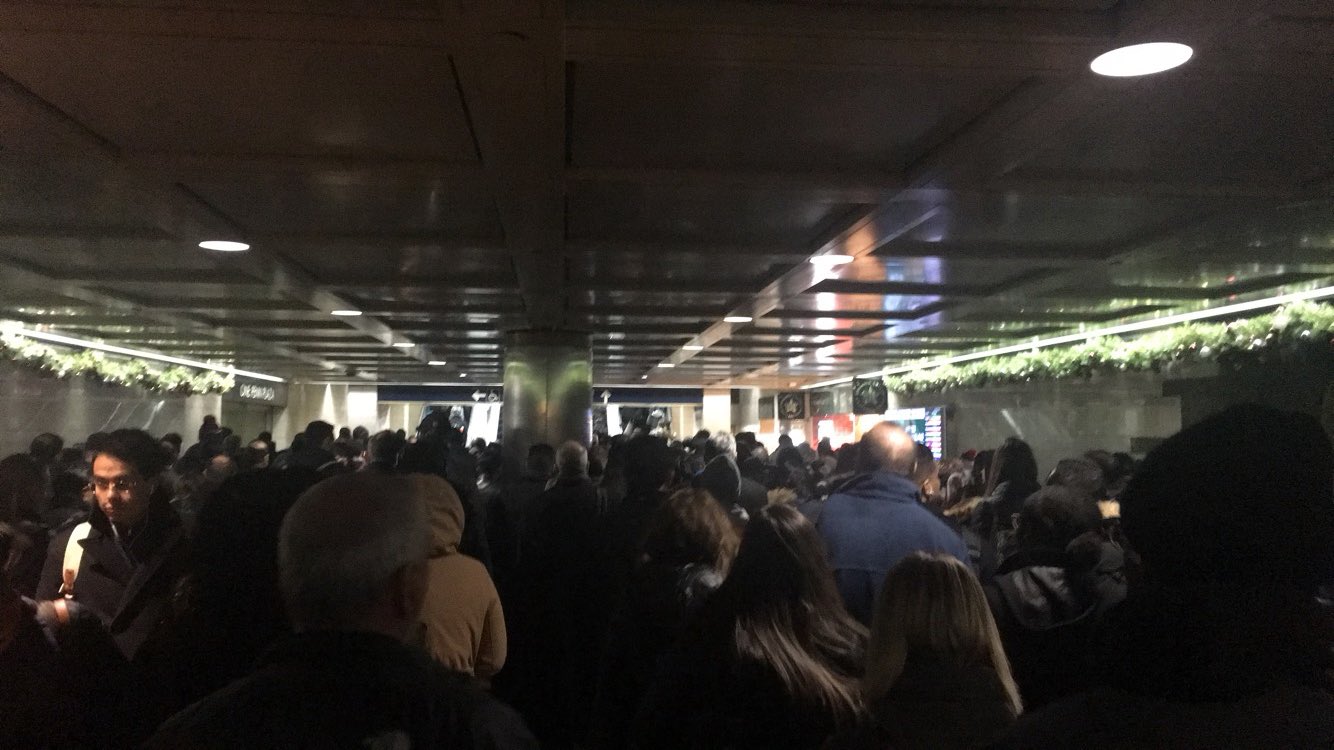 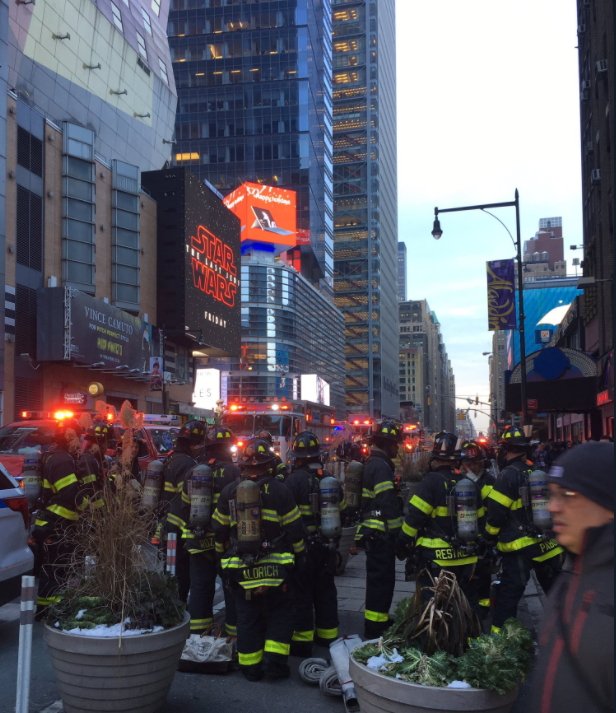 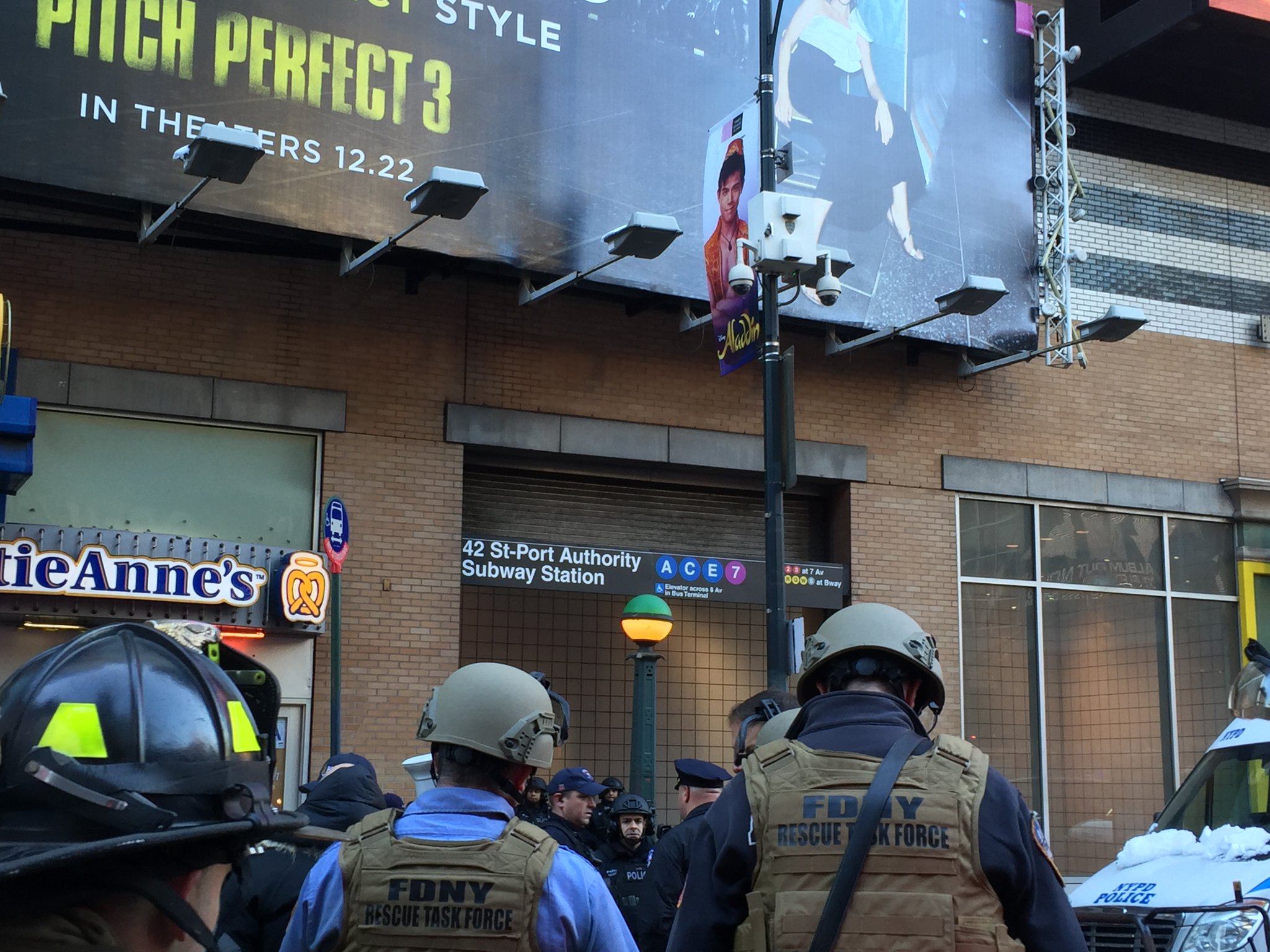 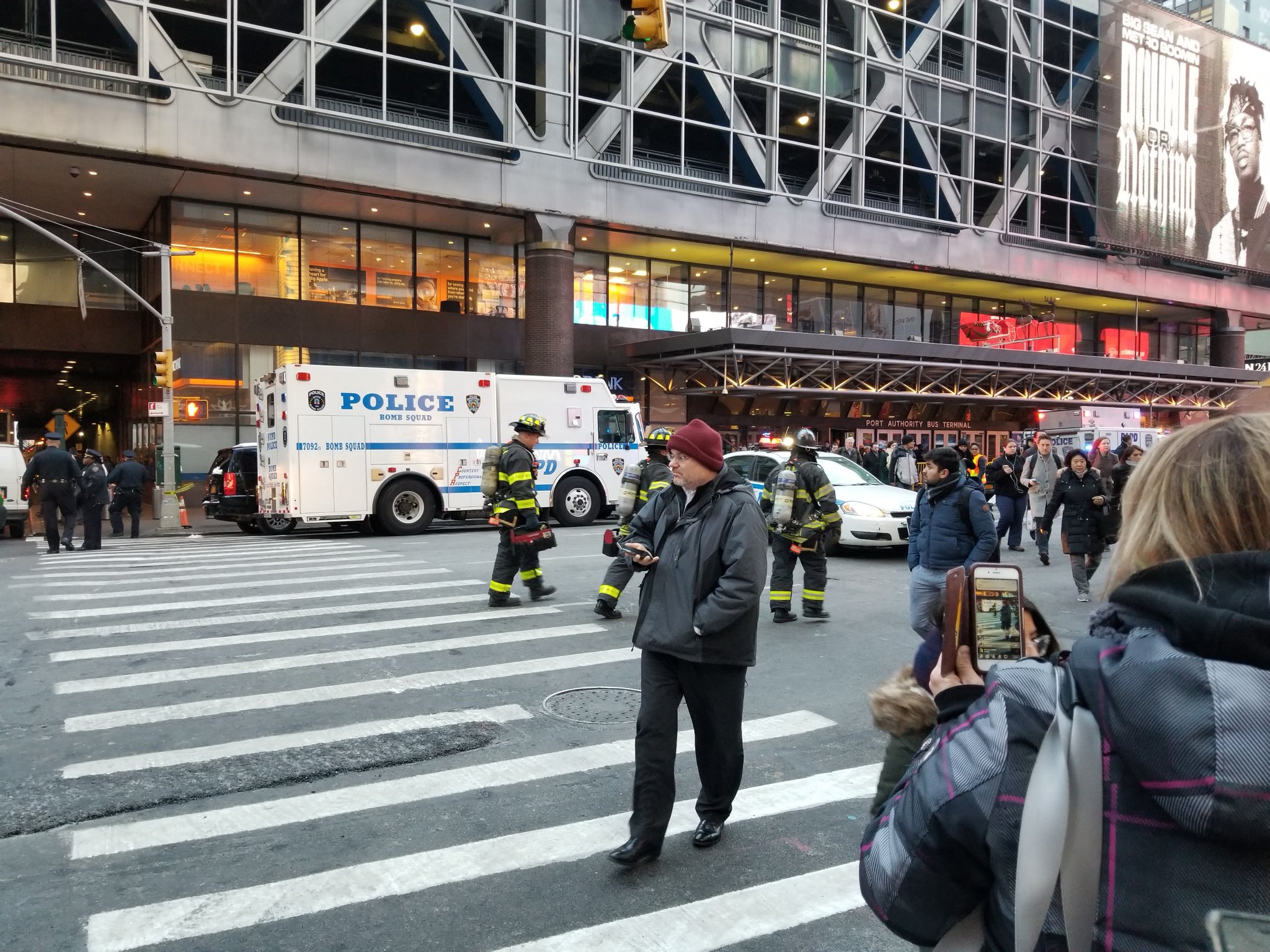 Authorities confirm the bomb squad searched for a second possible device, which is normal procedure after an explosion.

The White House says President Trump has been briefed on the explosion.

"The moment we heard about New York, we, of course, made sure that our key places like the Port for L.A., our airport, all of our transit facilities are well covered. We put additional personnel. We think this is an isolated incident. There is nothing credible or specific in the city of Los Angeles," Garcetti said. 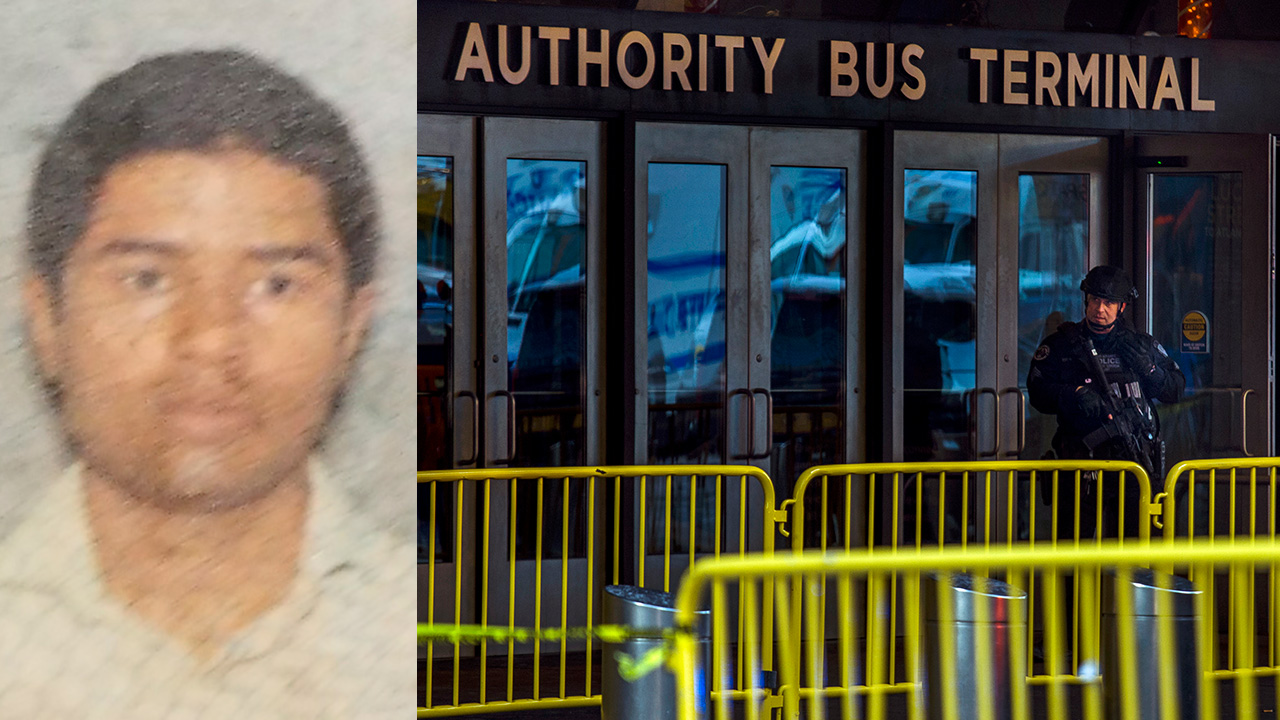 New York City terror attack: What we know about the suspect

NYC terror attack: What we know about the suspect 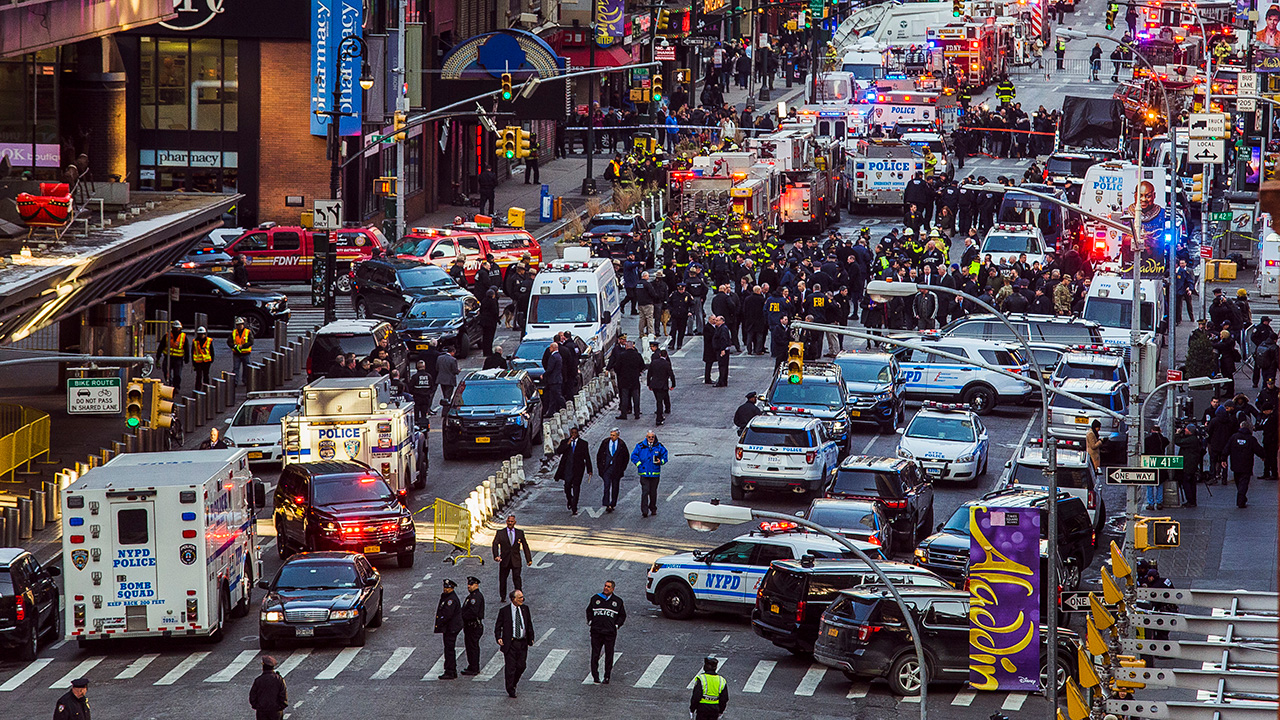 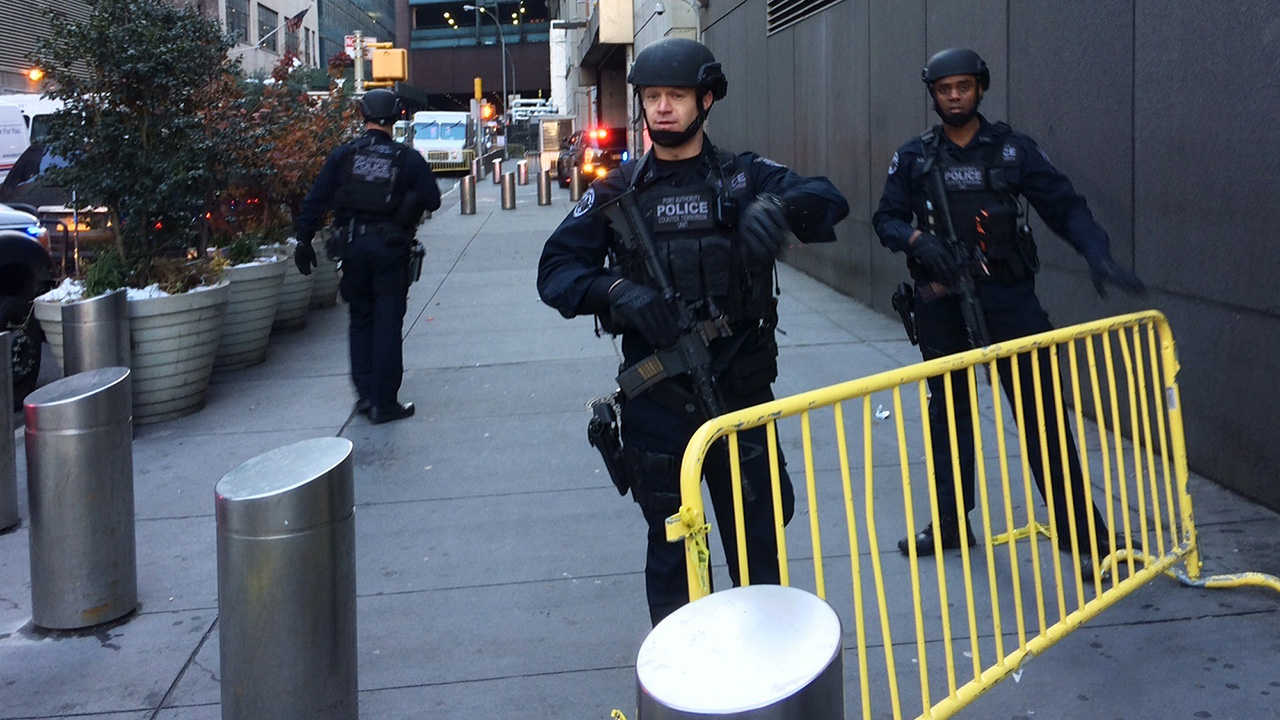 NYPD beefs up security in wake of NYC terror attack