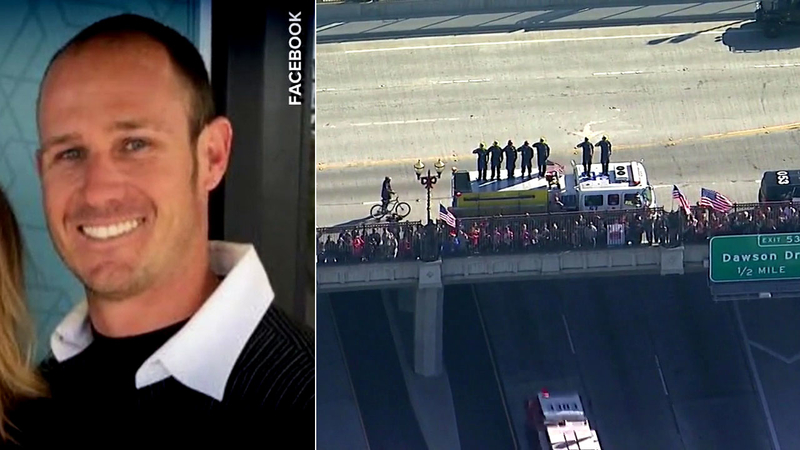 VENTURA, Calif. (KABC) -- It was an emotional sight on Southern California roads Sunday, as hundreds turned out to honor firefighter Cory Iverson, who was killed battling the Thomas Fire in Ventura this week.

Iverson was 32 years old. He is survived by his wife, Ashley -- who is expecting a girl -- and their 2-year-old daughter.

"Well, I think what was most impressive to me was the show of support from all the citizens around Ventura County that were standing here with the American flag. They were here with their sons and their daughters to support Cory and his family," said Norm Plott, assistant fire chief of the Santa Paula Fire Department.

Iverson is remarkably only the second death attributed to the massive Thomas Fire, which has burned more than 400 square miles and destroyed at least 750 homes. Eighteen-thousand remain threatened.