Protesters arrested during Santa Monica rally over rejection of Prop 10 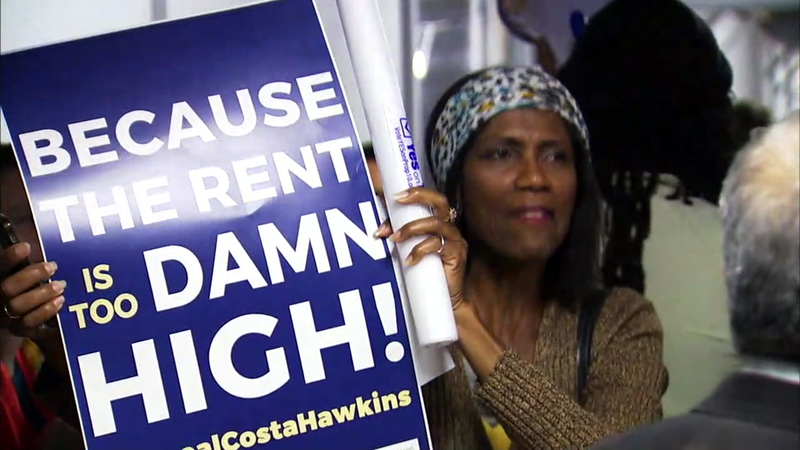 Protesters arrested during Santa Monica rally over rejection of Prop 10

SANTA MONICA, Calif. (KABC) -- Chaos ensued at a sit-in and rally in Santa Monica Wednesday, a day after voters rejected Prop 10, which would have expanded rent control.

The housing and rent-control advocates were upset that Prop 10 was rejected by voters on Election Day by a nearly 2-1 margin.

They said the reason the proposition failed is because corporate interests dropped tens of millions of dollars to defeat it. But they said the fight for rent control isn't over.

ELECTION 2018: Results of all 11 California propositions

During the demonstration that happened inside the lobby of Blackstone, a private equity real estate firm, several protesters were arrested. Advocates said the firm gave $7 million toward the defeat of Prop 10.

"People are opening up their eyes and hearts to see that affordable housing is needed. They really don't need to go to jail, but I know that folks are prepared to go to prison if needed. I went to prison four times in Sacramento to talk about poverty in this state. In this state alone, one in five people are poor. How are you going to expect people who are poor to pay rent that is increased?" Rev. Eddie Anderson said.

Protesters at one point began chanting Gloria Cortez, the name of one of the organizers of the event and who was also arrested during the rally. She is a homeless mother of six.

The demonstrators, especially those who remained inside the firm's lobby, said they would stay until they are arrested and those who were outside said they'd remain for as long as they can.