Protesters gathered in downtown L.A. for another night of demonstrations against police brutality.
KABC 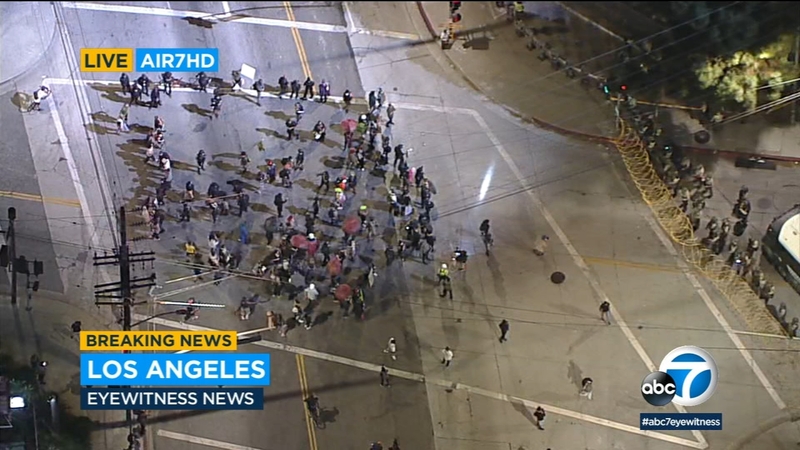 A group of about 50 to 75 demonstrators gathered near Men's Central Jail Tuesday at about 11 p.m.

A long roll of wire unfurled in front of the facility separated the protesters and L.A. County sheriff's deputies.

No arrests or injuries from Tuesday's protest were immediately reported.

The protest came after demonstrators on Monday night marched to LAPD headquarters. The protest turned chaotic late at night and police declared the gathering an unlawful assembly as a protesters were seen tearing down a barricade. Police could also be seen scuffling with protesters.

As the demonstration carried on, more police officers arrived and asked the crowd to disperse. Video captured non-lethal rounds being fired by police into the crowd after ruling the gathering an unlawful assembly.