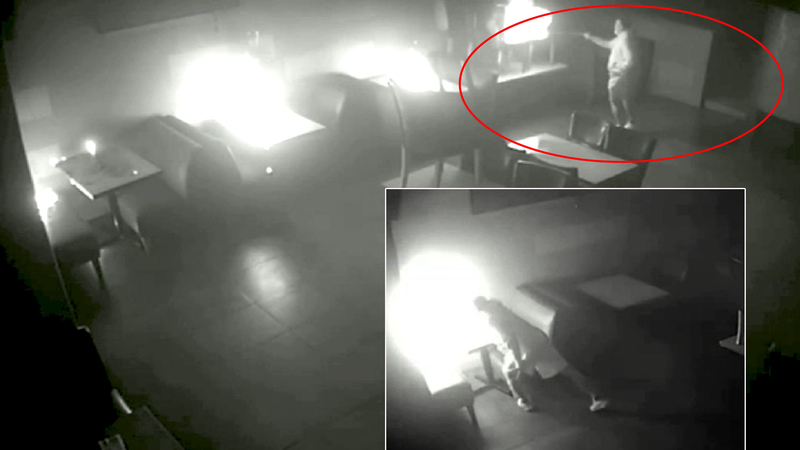 ASTORIA, Queens -- A restaurant owner in Queens, New York, has been arrested for allegedly trying to set his own business on fire after the restaurant had been closed due to COVID-19 restrictions.

It happened back in August at the business on Steinway Street in Astoria.

Only after an ongoing investigation did FDNY fire marshals, working with NYPD and ATF as part of a task force, identify it as an arson.

California health officials lifted the statewide regional stay-at-home order Monday, which comes as a huge relief to restaurant owners who are struggling to stay afloat after the original restrictions went into effect nearly two months ago.

The crime was captured by surveillance video.

Raja has been charged with one count of arson, which carries a mandatory minimum sentence of five years in federal prison with a maximum sentence of 20 years if convicted.

"We are extremely grateful that no one was injured during this incident and for the collaboration between all the law enforcement agencies involved in bringing this individual to justice," said Fire Commissioner Daniel A. Nigro in a statement.

Raja will be prosecuted by the U.S. Attorney's office in Brooklyn.

The Los Angeles County Sheriff's Department continued to crack down on super-spreader events, citing or issuing warnings to more than 200 people at an underground party in South L.A.