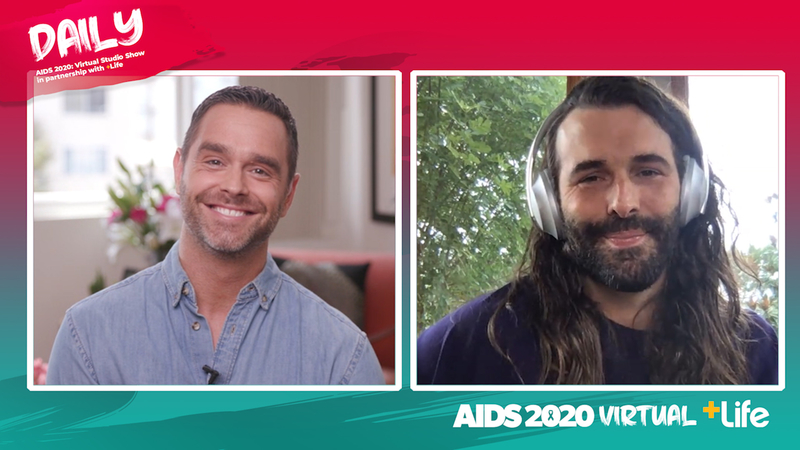 LOS ANGELES -- Activist, "Queer Eye" star and podcast star Jonathan Van Ness opened up about his personal journey with HIV, how he deals with stigma along with being an activist and the most pressing issues people living with HIV face today.

The New York Times best-selling author sat down with ABC7's Karl Schmid to give an interview as part of AIDS2020 Virtual Daily - the all-virtual International AIDS conference that is currently taking place.

"As far as progress is concerned, where people are willing to have conversations, I think there has been progress," Van Ness told Schmid. " But for those communities where they are not willing to have conversations, I think that we have not had a lot of progress. I think people that have HIV still face criminalization, access to healthcare, access to housing, and all sorts of issues that make living with HIV so much harder. Especially for Black trans and non-binary people."

Van Ness was just one high-profile celebrity Schmid sat down with. He also spoke with former Welsh rugby captain Gareth Thomas talk about the "Tackle HIV" campaign and how he aims to tackle misunderstanding and stigma of HIV.