A family won over $56,000 from playing the Rams 50/50 raffle, now they plan to pay off debt and buy their first home.
KABC
By Ashley Mackey 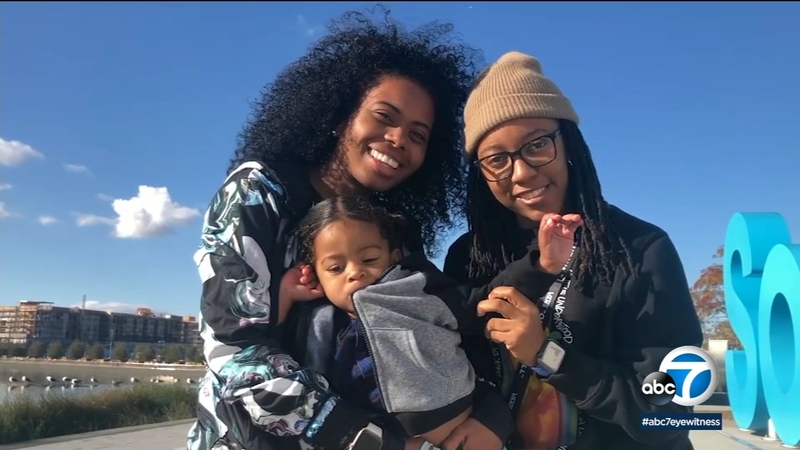 INGLEWOOD, Calif. (KABC) -- When Amelia Mathis took a video on her cellphone at the Los Angeles Rams game last Tuesday, she had no idea what was in store for her that night.

"Our games are on Sunday and it was rescheduled," said Mathis. "So we were actually looking forward to this game because we were going on vacation."

"I said, 'We have the winning ticket,' and she's like, 'No, we don't,'" Mathis said recounting the moment she realized they had won the raffle. "I was like, 'No, we have the ticket. Read it.'"

After checking the Twitter post that announced the winning numbers not once, but three times, Mathis and McDuffie said they still couldn't believe it was real.

With a 19-month-old son to think about, they decided that after paying off their debts a good portion of the money would go to a down payment on their first home, and they're looking to buy in Inglewood.

"Homeownership is financial freedom," McDuffie said. "We grew up in apartments and we didn't have a lot of homeownership. My father owns his home, so seeing that growing up, I always knew that was something we wanted to do."

Mathis and McDuffie said it feels like a weight has been lifted off them. Both of them work in the education field and they said this win fell in place at just the right time.
"2022 we always knew we'd be ready to buy a home," McDuffie said. "But what this does is just propels us and gives us an opportunity to hopefully be competitive."

The couple said they will continue to buy those Rams 50/50 raffle tickets.