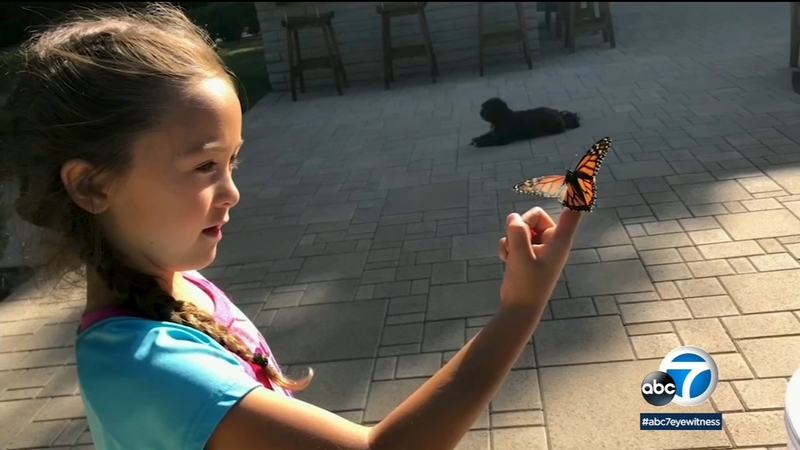 Protecting the future of monarch butterflies

The Regional Murrow Awards are among the most prestigious in broadcast and digital news, and recognize the work of the highest quality produced by radio, television and digital news organizations around the world.

"I'm so proud of our teams at ABC7 for being recognized by the Regional Edward R. Murrow Awards for two years in a row, and now receiving more accolades this year across four categories is exceptional," said Cheryl Fair, president and general manager of KABC-TV.

"KABC is committed to delivering the most impactful stories to our audiences across all platforms, and the investments in community journalism focused on expanding hyperlocal reporting and data-driven investigative storytelling have been instrumental."

Station vice president Rob Elmore added: "The Regional Murrow Award is one of the most esteemed awards given by the Radio Television Digital News Association. Receiving the Overall Excellence Award truly exemplifies the team's dedication to groundbreaking reporting in service of our viewers."

KABC's four award-winning categories for 2019 news coverage include the following: