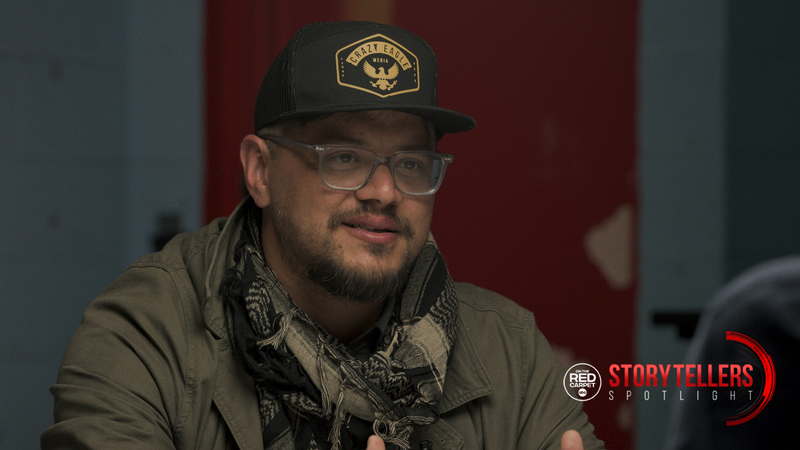 In honor of Native American Heritage Month, Sterlin Harjo, the co-creator and executive producer of FX on Hulu's "Reservation Dogs," emphasized the importance of authentic representation of Native and Indigenous communities in the film and television industry.

"Growing up, I didn't think I could be a director. That's how far away it seemed, so I didn't even know there was an option," Harjo said. "It wasn't until I got to college and realized it's possible to be a filmmaker that I even switched over to this."

Harjo was eager to break into the filmmaking space as a Native person and use his voice.

"It was almost exciting to me because there wasn't that representation, and I knew that I could be a part of changing that," he said.

D'Pharaoh Woon-A-Tai, one of the series' actors, appreciated the community that he formed with the Indigenous-led cast and crew.

"When I was on a set with full Indigenous people ... I was getting taught more by them than me teaching them," Woon-A-Tai said.

Watch more from the "Reservation Dogs" team in the video player above.

From co-creators and executive producers Sterlin Harjo and Taika Waititi, "Reservation Dogs" is a half-hour comedy that follows the exploits of four Indigenous teenagers in rural Oklahoma who steal, rob and save in order to get to the exotic, mysterious and faraway land of California.

Bear Smallhill (D'Pharaoh Woon-A-Tai) is destined to be a warrior and a leader. The only problem is he's not a good fighter, and the gang doesn't really consider him the leader. But with the guidance of a questionable spirit guide, he just might get there. Elora Danan (Devery Jacobs) may be the true leader of the group, but she's so focused on getting to California, and so oblivious to her own power, that she often can't see the beauty and goodness in herself and all around her. Street-smart tough girl Willie Jack (Paulina Alexis) is the beating heart of the group. She's always looking out for her crew. Meanwhile, Cheese (Lane Factor) is the gentle, quiet ride-or-die who is so willing to go along with the group that he never stops to consider what his own dreams might be.

One year ago, Daniel, the fifth member of the Reservation Dogs, died. Struggling to make sense of the loss, the remaining four blame their boring small town and its ability to crush the spirit. They decide to honor Daniel by adopting his dream of getting to California as their own. To succeed, they will have to save enough money, outmaneuver the methheads at the junkyard on the edge of town, constantly dodge conspiracy-obsessed Lighthorseman Big (Zahn McClarnon) and survive a turf war against a much tougher rival gang led by the enigmatic Jackie (Elva Guerra).

Filmed on location in Okmulgee, Oklahoma, "Reservation Dogs" is a breakthrough in Indigenous representation on television both in front of and behind the camera. Every writer, director and series regular on the show is Indigenous. This first-of-its-kind creative team tells a story that resonates with them and their lived experiences - and invites audiences into a surprisingly familiar and funny world.

His most recent narrative feature, the thriller "Mekko," premiered at the 2015 Los Angeles Film Festival and had its international premiere at the Toronto International Film Festival. Starring Rod Rondeaux and Zahn McClarnon, "Mekko" follows a homeless parolee in Tulsa as he confronts darkness in his new surroundings and wrestles with his past.

His first feature film, "Four Sheets to the Wind," was nominated for the Grand Jury Prize at the Sundance Film Festival in 2007 and won a Special Jury Prize for lead actress Tamara Podemski. Harjo also juried the Sundance short film competition in 2010.

On the television side, Harjo recently directed an episode of "The Magicians" and is in development with several series.

Harjo is a founding member of The 1491s, a popular sketch comedy troupe. At the 2019 Oregon Shakespeare Festival, the sketch comedy group premiered Between Two Knees, an intergenerational comedic love story/musical set against the backdrop of true events in Native history. Between Two Knees was co-commissioned by the Oregon Shakespeare Festival and New Native Theatre. The play was a bestseller and recorded an average of five walkouts at each intermission.

Harjo currently lives in Tulsa, Oklahoma, where he spends his time making content and raising his amazing children.